It's a fact that Meghan Markle has an A-list squad of friends surrounding her as the birth of baby Sussex approaches. They threw her an epic $200,000 baby shower back in February, and her BFF Serena Williams just shared her thoughts on the royal mom-to-be. Now, according to ~sources~ one of Meghan's other gal pals Amal Clooney has reportedly been helping the Duchess of Sussex throughout her journey to parenthood. Scroll for the tea, folks! 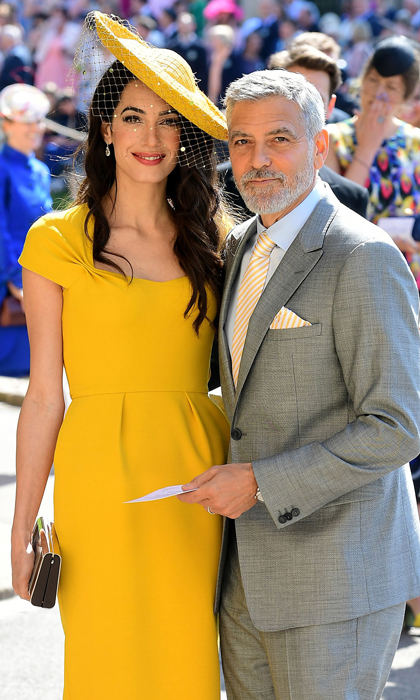 According to sources, Meghan Markle has been leaning on Amal Clooney during her pregnancy

According E! News, Amal has been helping Meghan since she first made the switch to royal life. "Amal has been a wealth of knowledge on so many things and helped Meghan settle in," a source told the outlet. "She's given her advice on celebrity and living in the public eye. They've enjoyed sharing stories of travel and humanitarian causes. They often bounce ideas off of each other. Meghan goes to Amal for many things and really trusts her instincts. Amal adores Meghan and is thrilled to see her become a mother. They will be living very close to one another and hope to see each other often. They have an understanding and common ground that has really helped Meghan and provided her with support."

MORE: George Clooney opens up about Meghan Markle and Prince Harry as a couple

Amal and her husband George Clooney were one of the many celebrities who attended last year's royal wedding, so it's no surprise that Meghan has looked to the human rights lawyer for advice in this next chapter of her life. Amal and George have two kids of their own together—twins Ella and Alexander—so both have most likely been of help to the royal couple.

George previously shared his thoughts on all the media surrounding the Duchess of Sussex. “I think it's a little unfair at times. I've seen it, when the press can turn on you for sort of ridiculous reasons and for almost nothing, and it seemed to be a little unjust since she hadn't done anything except just happen to live her life." He also added that this media frenzy can quickly take a wrong turn. “She’s a woman who is seven months pregnant and she has been pursued and vilified and chased in the same way that Diana was, and it’s history repeating itself. We’ve seen how that ends," he said. 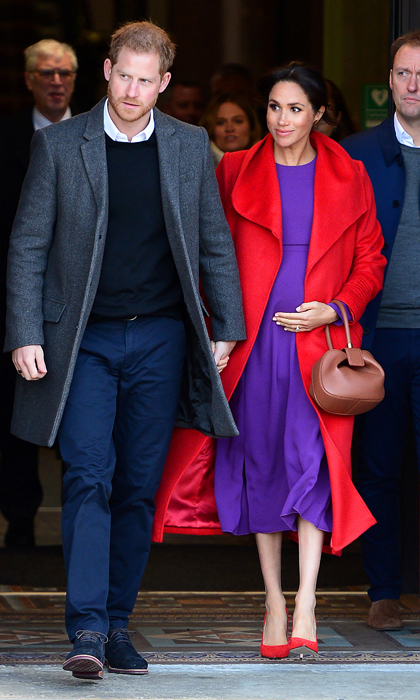 As for the royal couple, both Amal and George believe they will be great parents. “They're a really wonderful, loving couple,” the actor said during an interview on Good Morning Britain, adding that she is “a really kind and smart and intelligent young woman.”

In other Meghan news, word on the street is that baby Sussex might be a girl!