Record breaking royals! Prince Harry and Meghan Markle broke an Instagram record with the announcement of their personal Instagram. The Guinness World Records official Twitter page made the announcement on Wednesday, April 3. “Congratulations to the Duke and Duchess of Sussex, Prince Harry and Meghan Markle, whose new @instagram account sussexroyal reached one million followers in less than 6 hours.” According to the site, the Duke and Duchess of Sussex’s account reached the milestone in 5 hours and 45 mins. The royal’s Instagram page now stands at a total of 2.8 million followers. 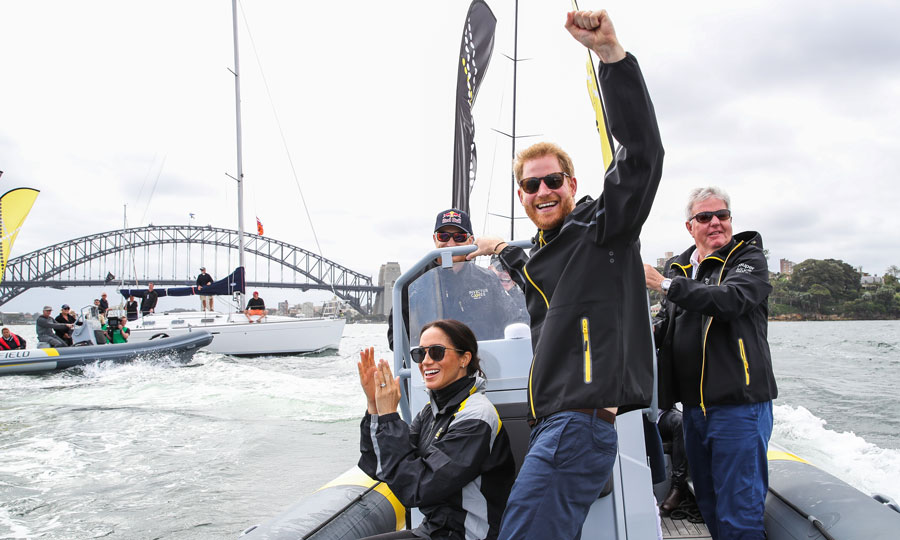 The royal parents-to-be have a massive following but have opted to only follow a total of 23 accounts. Harry, 34, and Meghan, 37, follow their former royal account, Kensington Royal – which they shared with Prince William and Kate Middleton. The pair also follow Clarence House (Prince Charles and Camilla of Cornwall), The Royal Family (Queen Elizabeth and Prince Philip), The Duke of York and their cousin, Princess Eugenie.

Dedicated to their patronages, the Duke and Duchess also follow the official account for the Invictus Games, England Rugby, the Queen’s Commonwealth Trust, and the National Theatre. As well as a host of other charities and initiatives they work towards. Harry and Meghan presented their personal account to the world on April 2, with a special message for royal followers.

MORE: Harry and Meghan have pre-baby shopping trip in London

"Welcome to our official Instagram; we look forward to sharing the work that drives us, the causes we support, important announcements, and the opportunity to shine a light on key issues,” the caption, written next to a series of photos of the pair read. “We thank you for your support, and welcome you to @sussexroyal.”- Harry & Meghan.”