Prince Charles and Queen Letizia met for an art-filled evening at the National Gallery in London on Wednesday, and even though Letizia was delayed by 20 minutes (London traffic!), Charles happily greeted her with a smile and double kiss on the cheek. The Spanish monarch, who touched down in London for a quick solo trip, attended the opening of the new exhibition of Spanish painter Joaquín Sorolla y Bastida. She appeared glam as can be in a stunning multi-color floral print midi dress by Carolina Herrera and dark blue pumps.

The 46-year-old were her hair up in a loose ponytail and accessorized with teal teardrop earrings. Beauty-wise, Letizia looked radiant as she wore soft smokey eyes, a soft pink blush and a dusty rose lip color. Meanwhile, Charles looked dapper in a navy pinstriped suit and printed tie. The royals were joined by hundreds of guests as they met for an hour-long tour of dozens of works of art by the Spanish artist. 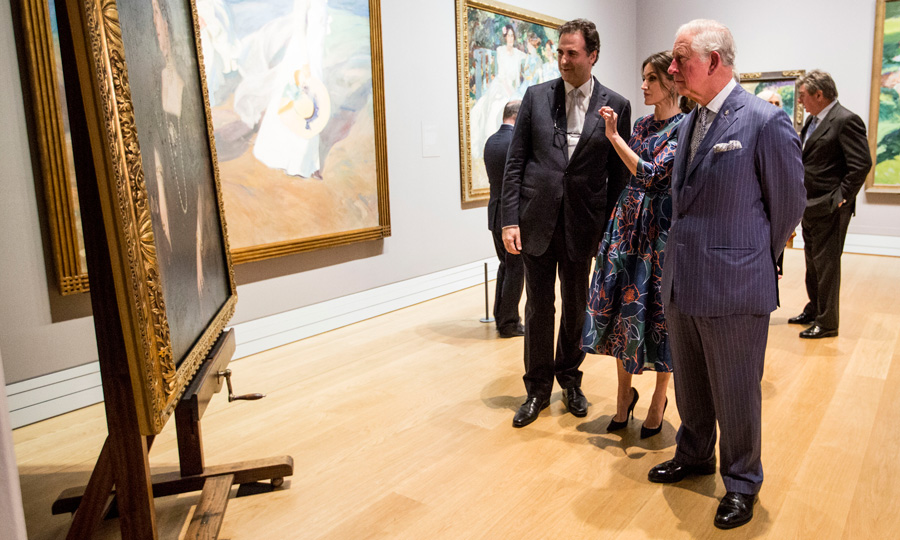 The exhibition titled, Sorolla: Spanish Master of Light, was also where the reception was hosted. Champagne and canapés where the delicacies served throughout the event. Toward the end, the chairman of the gallery, Hannah Rothschild, thanked the former journalist and said, "At a time when it feels like Britain is turning its back on Europe, it is particularly pleasing to see you here, Your Majesty. Art always has and always will transcend borders. British art owes a huge debt of gratitude to the Royal Family of Spain." 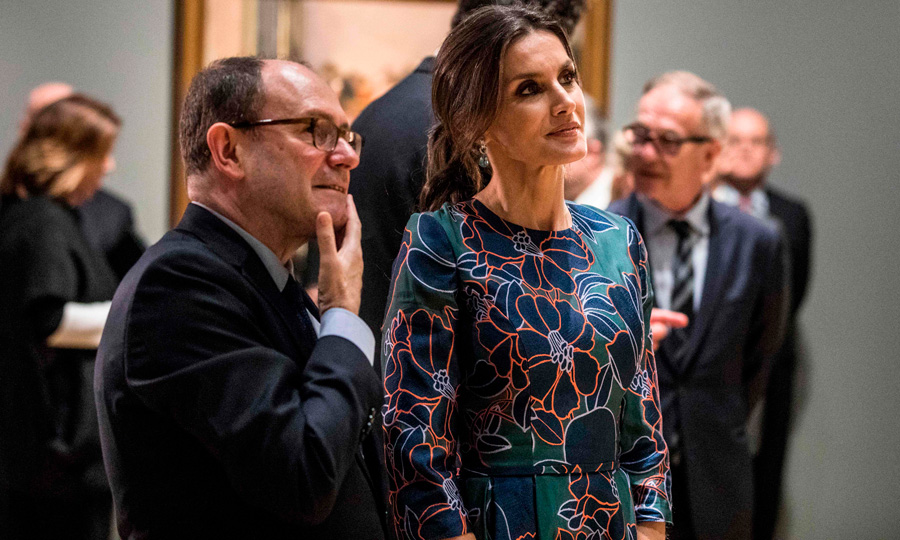 MORE: Prince Charles, Princess Madeleine and other royals who are also authors

Though brief, the mom-of-two visits London more than a year after her last visit. The Queen of Spain last traveled to Britain with her husband, King Felipe, back in 2017 where they met with almost everyone from the House of Windsor. Besides their friendship, the Spanish and British royals are also united by family ties.