Meghan Markle’s royal duties have officially been announced! Kensington Palace confirmed on Thursday, January 10, the Duchess of Sussex’s four royal patronages with a special announcement. “The Duchess of Sussex will become Patron of four organizations that reflect the causes and issues with which she has long been associated including the arts, access to education, support for women and animal welfare.” The 37-year-old’s first patronage at The National Theatre was accidentally revealed on the Theatre’s website on Wednesday evening. A statement on the page read: “The Duchess of Sussex announced as our new Royal Patron.” 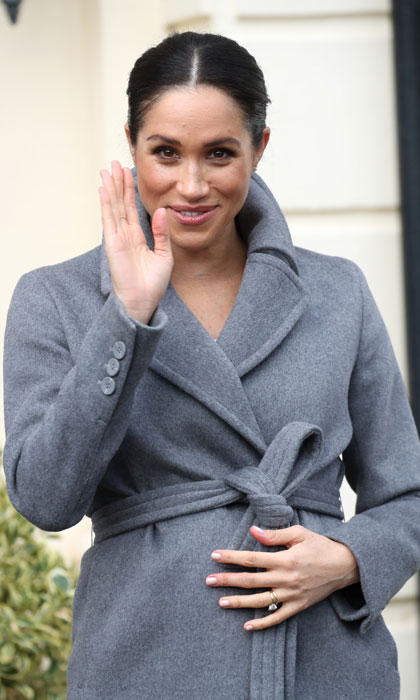 The message was quickly removed from the page, but not before screenshots were taken by royal watchers. Fittingly, the former Suits star’s first patronage is in the arts. Kensington Palace shared that Meghan is a “strong believer in using the arts to bring people from different backgrounds and communities together.” Meghan’s grandmother-in-law, Queen Elizabeth held the role for 45 years, prior to passing it along to Prince Harry’s wife.

BACK TO WORK: THE BEST PHOTOS FROM MEGHAN MARKLE'S FIRST ROYAL PATRONAGE VISIT

The Queen handed down another patronage to the expecting mother. After 35 years, the monarch stepped down and made Meghan the patron of the Association of Commonwealth Universities. “Her Royal Highness is a strong advocate of accessible education for all,” a statement from the palace read. The American-born royal has previously met with members of the organization, which supports marginalized girls in Africa. 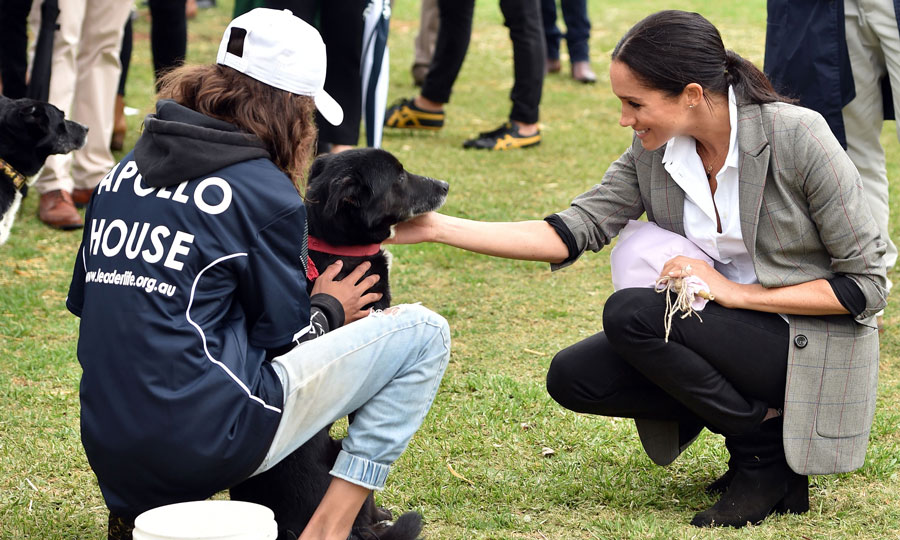 The Duchess of Sussex is the patron of two of the Queen former charities Photo: Getty Images

The avid animal lover, who is raising two rescue dogs with Harry, is also the patron for Mayhew. The program is dedicated to using innovative ways to reduce the number of animals in need. “The Duchess has long understood the connection between animals and community welfare.” In conjunction with her giving spirit and her love for giving back to women, Meghan’s final patronage is Smart Works.

On the morning of her big announcement Meghan paid a visit to the center, which provides clothing and one-on-one coaching for women who are making their return to the workforce after extended time off. During her visit, the Duchess offered style tips, but more importantly shared why she had the desire to champion the cause. “I think it’s the part of community that I’m so drawn to about it here,” she said during a round table discussion. 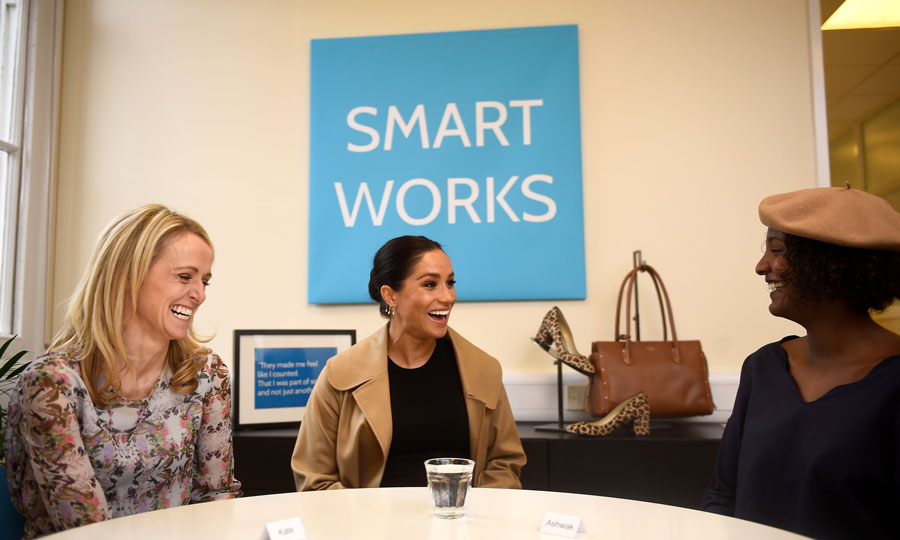 Meghan is set to visit each patronage before she goes on maternity leave in the Spring Photo: Getty Images

MORE: Is Meghan Markle planning her return to television on Suits?

“It’s not just donating your clothes and seeing where they land, it’s really being a part of each other’s success story,” she said. In the eight months leading up to the reveal, the Duchess had private meetings with the Queen and members of each organization. Meghan, who is expecting her first child in the Spring, plans on making visits to each one of her patronages before going on maternity leave.