Daniela Soto-Innes is bringing the heat in life and her career. The 28-year-old Mexican transplant recently received the elit™ Vodka World's Best Female Chef Award. Daniela first heard that she had been voted the world’s best female chef on the same day that her now-fiancé, and fellow chef, Blaine Wetzel proposed while they were on vacation in Tulum, Mexico. Daniela is the head chef and owner of two New York restaurants, Cosme and Atla, and she has two more on the way with her mentor and world-renowned Mexican chef Enrique Olvera: Damian, a Japenesse-influenced Mexican restaurant, and Ditroit, a taquería, in L.A. 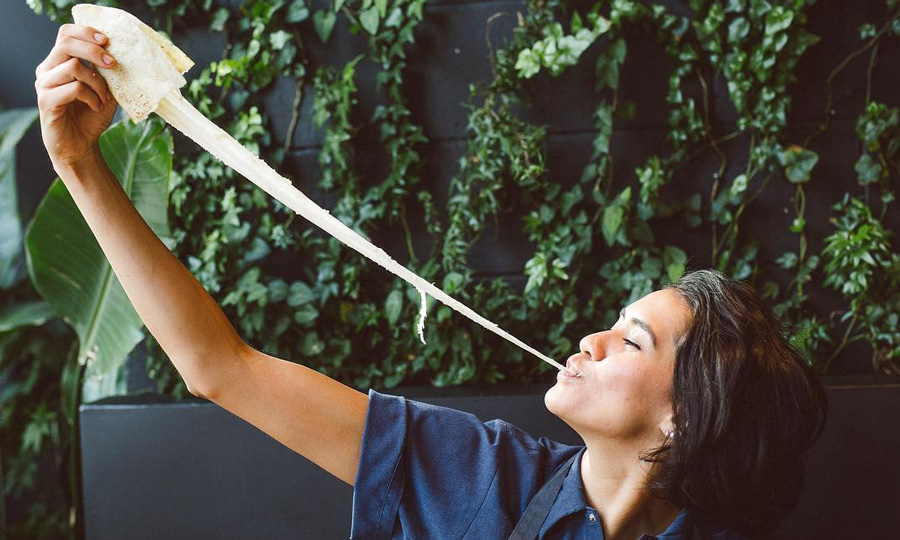 Daniela was born in Mexico and then moved to Houston, Texas, at the age of 12 — first starting her journey into the culinary world by the age of 14. Just like her own background, her cuisine can be considered a perfect union of her Mexican roots and her Texas upbringing and you can expect some familiar favorites created with local and southern influences. She grew up in a family that has a high level of respect and love for the food they make, and despite being the daughter of two lawyers, was raised surrounded by dishes that she would grow to love and later on create with her unique style. “What drew me to cooking was personalities and people and the story behind why they were cooking what they were cooking, more than the actual environment of the kitchen, which I didn’t like,” she shares in an interview with The World’s 50 Best Restaurants.

Daniela grew up with a positive outlook on life, which has transferred into every facet of her life. She believes that you do everything better when you can put love and joy into it, something she learned from her abuelita (who, along with her tias and mamá, also taught her how to cook at a young age). “You have to be happy when you’re making a mole or tamales – otherwise they won’t turn out,” she explained. This is also a philosophy that she has integrated into the fabric of both her restaurants.

“When you are cooking at a restaurant that is high volume but also asks so much of you, it is very stressful sometimes,” Daniela says. “But what makes it work is the individuals that come with a smile after working 10 to 12 hours a day, non-stop. Watching them dance and sing from the top of their lungs – I’m the proudest I could ever be for making someone’s life so happy while they’re doing their job. A career is one thing if it fits your soul and that’s what we’re doing here,” explains the James Beard Award winning chef. 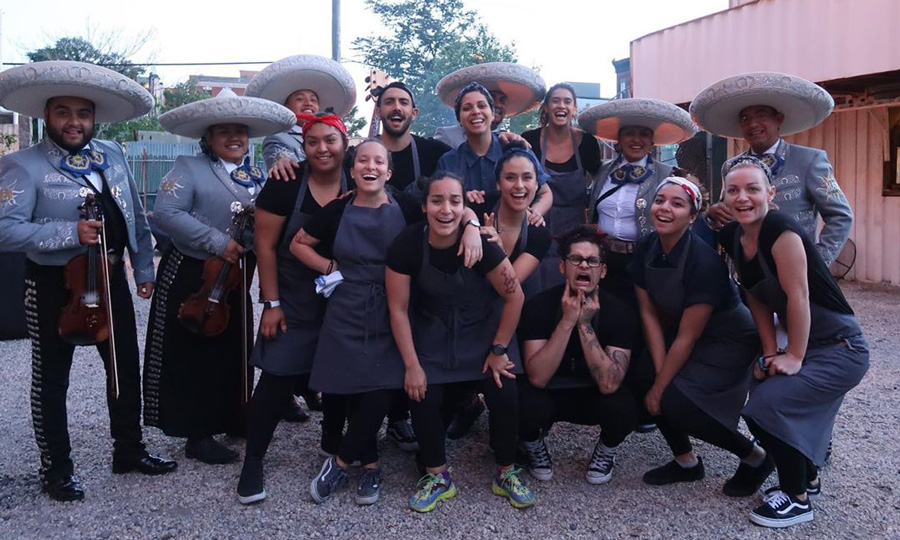 Not only is she a powerhouse chef, but she has a heart of gold and has a work family that comes from all different walks of life. “Cosme is not just a restaurant, it’s more of a cultural institution, a lot of different cultures coming together,” she says. “Cosme is somewhere where people from all cultures – Russia, Mexico, Colombia, Venezuela, Brazil – come to the US to make a little bit more money for their families. And they happen to come to a place where they actually enjoy what they’re doing,” she explained. Here is to more delicious greatness for this rising latina culinary star!