The stork is just around the corner for Anne Hathaway and Chrissy Teigen. The expectant moms were feted to baby showers on opposite sides of the country, over the weekend to celebrate their impending arrivals.

The Princess Diaries actress enjoyed her shower on Saturday in West Hollywood. The 33-year-old reportedly (via Us Weekly) celebrated at her manager’s home, with pals including Matthew McConaughey’s wife, Camila Alves. 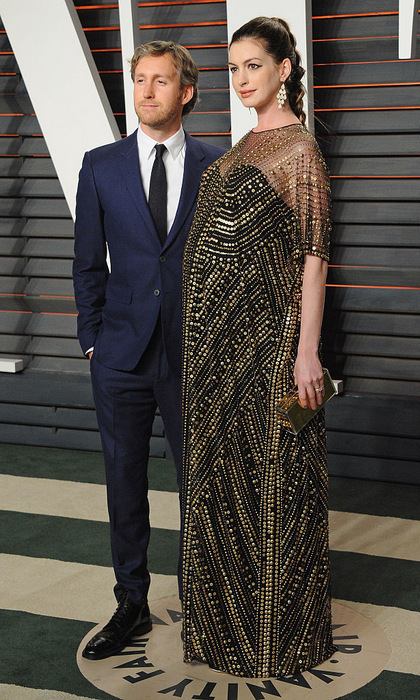 Anne and her husband Adam Shulman have not revealed the sex of their first child, however Camila was spotted entering the party with a “pink gift basket stamped with the Initial ‘G!’”

A source told Us Weekly that Anne, who showed off her growing baby bump in a silk V-neck blouse and leather pants, “was one of the first people to arrive.” They added, “She looked relaxed and happy to be there.”

The Oscar winner received a number of gifts including a rocking horse, clothing from Barney's and the children's boutique Trico Field, in addition to baby blankets and a bassinet.

Meanwhile in NYC, Chrissy Teigen and husband John Legend celebrated their little girl with a co-ed, princess-themed shower. The Sports Illustrated model shared a number of photos from the sweet day, including one of her musician husband wearing a crown that read: Baby Daddy. 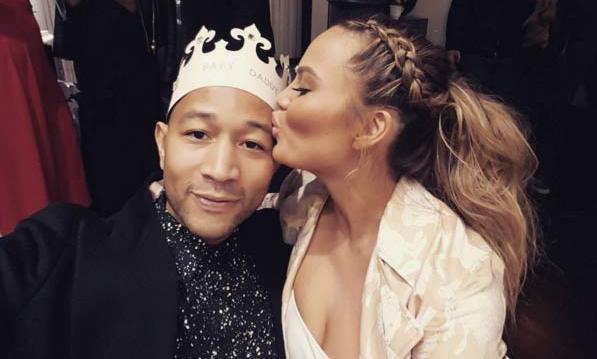 Not to feel left out, the first time mom also posted a photo of herself wearing her own crown with the words “Baby Mama” printed on it. 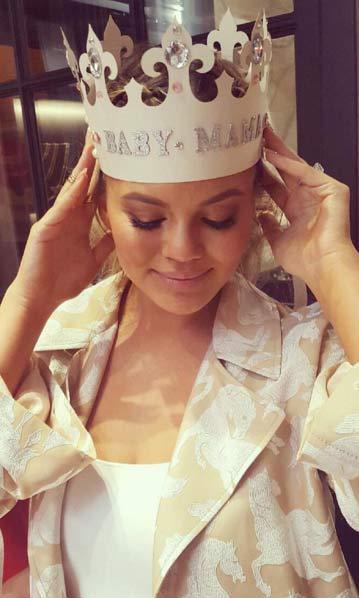 The 30-year-old glowed wearing a fitted white mini dress paired with a beige-and-white coat and nude strappy heels. Joining the party fun was the couple’s French bulldog Penny. Chrissy posted a photo with her pet and shower gifts piled behind her. 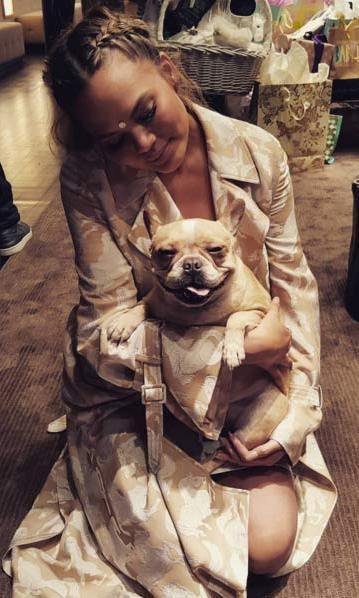 The expectant mom also shared a snap of delicious looking party treats, including pink and white crown, stroller and onesie cookies. She captioned the photo, “Luckiest girls around. <3 <3 <3.” 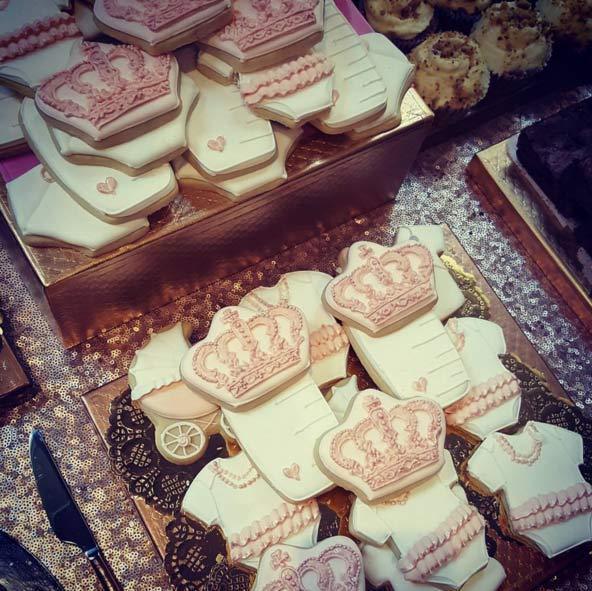 The supermodel and her husband announced they were expecting their first child last fall after struggling to conceive. Last month Chrissy admitted that she and John chose to have a daughter during the IVF process.

“I think I was most excited and allured by the fact that John would be the best father to a little girl. That excited me,” she explained as her reasoning. “I think [John] deserves a little girl. I think he deserves that bond. A boy will come along. We’ll get there too, so it’s not like we really have to pick. But he definitely is very lucky to have a little girl. And this girl is going to be so completely lucky to have John as her papa — it’s crazy!”