Chrissy Teigen might have a bun in the oven, but she has another “baby” she’s been cooking up for months! The model, who is expecting her first child with husband John Legend, debuted the cover for her highly anticipated cookbook, Cravings.

The 30-year-old tweeted a link to her book, writing, "Oh crap oh crap! My cookbook is available for pre-order and officially has a cover debut which is nowwwwwww! Ah!” 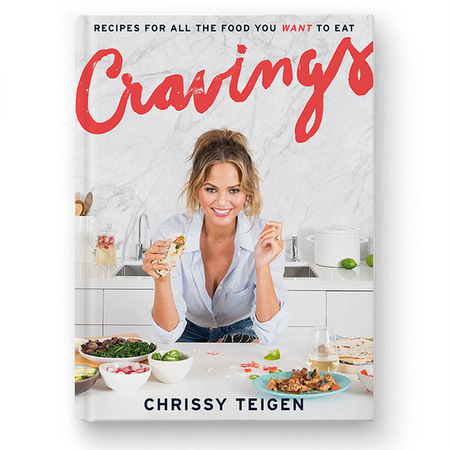 Chrissy then added, “I'm really nervous for some reason. this is my baby. er my other baby. #CravingsCookbook."

The mom-to-be glows on the book cover, which is set in a kitchen. Chrissy developed the cookbook with food writer and recipe developer Adeena Sussman, along with her book editor, Top Chef Masters judge Francis Lam. Throughout the process, Chrissy has shared delicious snaps of items she's including in the book, including sections like the “sh*t on toast” section. 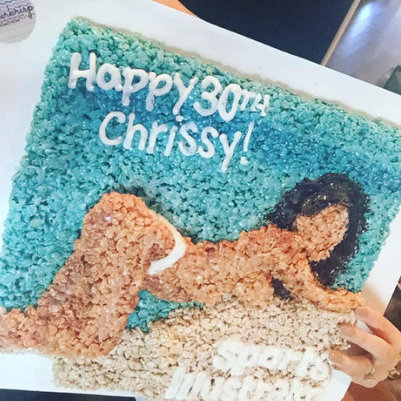 Despite turning 30 on November 30, the birthday celebrations have not stopped for the expectant mom. On Sunday, Chrissy shared a photo of an epic birthday treat she received from Sports Illustrated. The magazine, which she graced the cover of back in 2014 for its annual swimsuit issue, sent the model a replica of herself in the form of Rice Krispies. Chrissy captioned the delectable dessert, "What!! Rice Chrissy Treats!!"

The TV host and her husband, who struggled to conceive for a long time, announced their pregnancy back in October. John has since admitted that he wants to be a "great dad." The singer told E! News that fatherhood has "already inspired me." He continued, "Definitely the idea of being a father is exciting to me and it's inspiring some creativity in me."