Her 2003 hit song "Milkshake" brought all the boys to the yard, and now Kelis is literally whipping up tasty things in the kitchen. Having racked up two Grammy nominations by the age of 25, the singer-songwriter has found a brand new recipe for success – life as a chef. 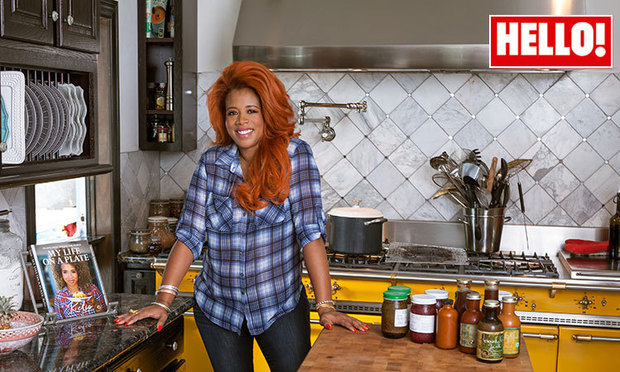 "I didn't go into music thinking it was going to be my career," says Kelis, who is now a certified chef Photo: HELLO!

The 36-year-old exclusively tells HELLO!: "Going to culinary school was always something I wanted to do, but I never had an actual plan to go. I woke up one day and realized that 10 years had gone by and music was all I'd done... Music was something that just happened. I didn't go into it thinking it was going to be my career."

The star, who earlier this year launched her own range of sauces, has now published her first cookbook, My Life on a Plate. She calls fellow chef Jamie Oliver a friend – "This is such a male-dominated industry and it's so competitive, but Jamie's always been really supportive," she noted – and it seems that cooking has always been a huge part of her life.

When she started touring at 17, she told the magazine, she made a point of getting to know local cultures through their cuisine. And, she revealed, "My mom was a chef. I learned very early about presentation. If it doesn't look good, my mom doesn't care how it tastes."

Go to www.bountyandfull.com and order your sauces!! Another "YOU'VE BEEN SAUCED" is happening soon!!! Who is getting sauced by chef Kelis next??!! #bountyandfull #chefkelis #kelis #sauces #saucedbychefkelis

Speaking of cooking, Kelis – who hopes to launch a lifestyle brand one day – also has a bun in the oven! Already mom to 6-year-old son Knight (his dad is hip hop star Nas), she's currently expecting another boy with second husband Michael Mora.

And if Knight ever wants to go into the entertainment industry? "I will fight it to the death," she said. "I encourage him to be creative, but I don't want him to think that's all he's got. People say, 'Oh, he's so cute and funny, get him an agent.' I don't want that for my son. I want him to do something else."

To read HELLO!'s full interview with Kelis, pick up issue #1396 via digital download!