Actress Michelle Williams is giving up Brooklyn, N.Y. home she and the late Heath Ledger bought and lived together in.

Williams originally bought the Boerum Hill brownstone for $3.6 million, just before giving birth to her and Heath’s daughter, Matilda Ledger, in 2005. They lived there as a family until the couple split up in 2007. 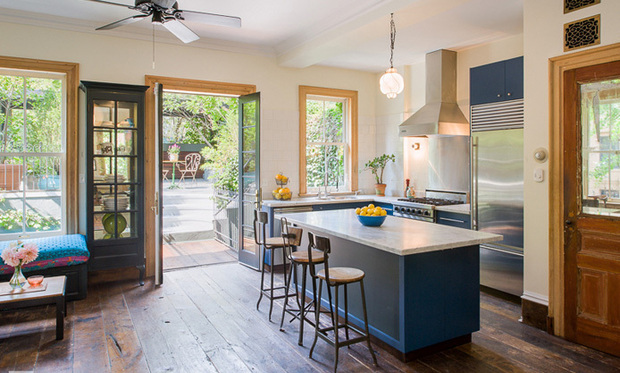 Michelle continued to live in Brooklyn after the Dark Knight actor died of an accidental overdose in 2008. The My Date With Marilyn star currently lives with her daughter, now 8, in Los Angeles.

Now listed at $7.5 million, the four-story, six-bedroom property features an idyllic rooftop garden with a waterfall, as well as a three-car garage to accommodate visitors.

Inside, the sprawling home has a rustic-chic feel and boasts a library, a wine cellar and an impressive 1,000-square-foot parlor with grand, 12-foot ceilings and a wood-burning fireplace.