It’s been an emotional week for Jimmy Kimmel and his wife Molly McNearney. The couple’s seven-month-old son Billy, who was born with a congenital heart defect, underwent a second round of heart surgery on December 4. "ABC's 'Jimmy Kimmel Live!' welcomes guest hosts this week," the network said in a statement on the day. "Jimmy's son, Billy, had a scheduled and successful heart surgery this morning." The 50-year-old live host first opened up about his son’s trying health condition during an opening monologue on his May 1st episode. While the touching video of Jimmy immediately went viral, his writer wife has just recently discussed her feelings of the incredibly personal instance. 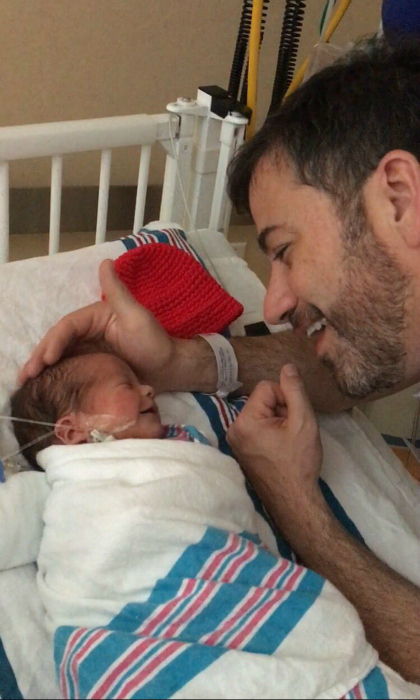 Molly tweeted a photo of her husband Jimmy and their son Billy on May 2 Photo: Twitter/@mollymcnearney

“I didn’t get one [email] with the monologue for that night,” Molly recalled in an interview with The Hollywood Reporter. The 39-year-old, who serves as a head writer for her husband’s hit show, revealed that she was kept completely in the dark. Jimmy had said to her: “I just want you to watch.”“So, there I am, in my living room breastfeeding Billy with my mom beside me, and we’re watching,” she continued. “I sobbed through the entire thing. I couldn’t believe the strength that it took to tell that story a week after it happened. He didn’t have to do that. Our family has excellent health care; he had nothing to gain from that. He did it for the other people whom we met in that hospital. He came home that night, and I just hugged him and I wouldn’t let go.” 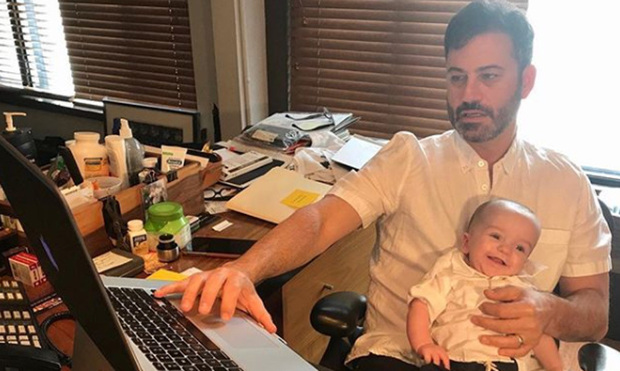 Molly mentioned how during the monologue, Jimmy touched on the importance of affordable healthcare for families. His heartfelt support was met with an incredible response from both viewers and public figures. Jimmy ended up receiving personal notes from former presidents Barack Obama and George W. Bush .

Of course, Molly admitted some of the negative repercussions of having such personal details out in the world. "I don't necessarily like that everyone knows what's going on with the health of my child," she acknowledged. "And it's scary to make yourself vulnerable the way we have, but the encouragement that we're helping other people far outweighs my fears about our lack of privacy.” She added: “I'm looking forward to the day that I get to tell him about all of this. I want to be the one to tell Billy what his dad did for him."