Pinterest perfect! Katherine Heigl celebrated her son's impending arrival with a rustic, holiday-themed baby shower. The 38-year-old gave fans an inside look at the celebration that was thrown by her mother on her lifestyle blog Those Heavenly Days.

"I headed straight to Pinterest to cultivate a look for the shower that spoke to not only the holidays, but also our mountain home in Utah where the baby will be born," the Doubt actress penned. 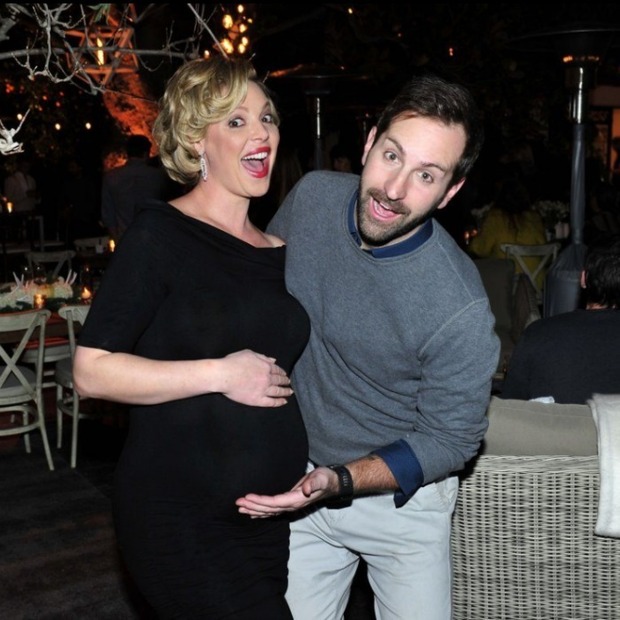 Katherine and Josh celebrated their son's impending arrival with a baby shower Photo: Those Heavenly Days

She noted, "I loved that my mom involved me and that I got to contribute my ideas. I’m kind of a control freak on occasion…ok more often than not, so getting to have a voice when it came to the shower was pretty awesome for me!"

Katherine, who announced in June that she and her musician husband, Josh Kelley, are expecting their third child, a baby boy, turned to the photo sharing website Pinterest for food, flower and invitation ideas. She said, "I wanted the party to have a holiday/mountain feel so I looked for recipe and decor inspiration that spoke to my desired vibe."

ALL THE STARS EXPECTING BABIES IN 2016

The actress, who is already a mom to adopted daughters Adalaide Marie Hope, 4, and Naleigh Moon, 8, also revealed a sweet family tradition. She shared, "For the invitations I went with the classic Stork and baby idea. My mother did something similar for my birth announcements and I thought it would be nice to continue the tradition with my own child. We also did a version of the Stork for Adalaide’s welcoming party so it’s kind of a thing for our family now!" 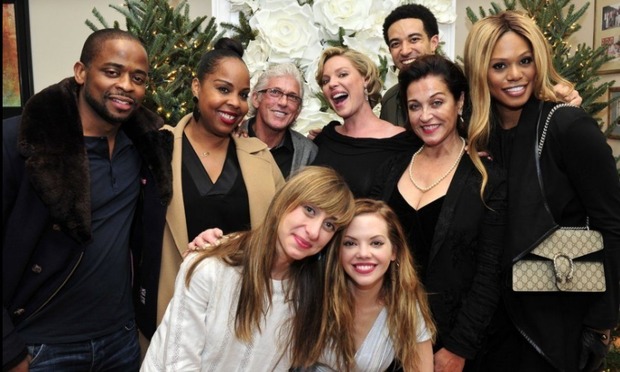 Guests, which included Laverne Cox, sipped on holiday inspired cocktails from the open bar and dined on a seasonal farm to table food — and of course cake! Katherine admitted, "I’ve had quite the sweet tooth throughout this pregnancy so the cake was also pretty significant to me. I of course wanted it to be beautiful but it had to be tasty too!"

The December celebration naturally included a Christmas tree, which the TV star called "the perfect way to include the spirit of the season." Katherine said, "The Christmas holidays are a pretty big deal in my family and not only will we now be celebrating our babies birthday around Christmas, Josh and I also celebrate our wedding anniversary December 23rd. So it’s a month full of joy and gratitude for us for many reasons!"