Behati Prinsloo and husband Adam Levine are set to welcome their first child. Us Weekly confirmed the news and revealed that the Victoria's Secret model is three to four months along in her pregnancy.

“She knows what she's having and she's very excited,” a source told E! News. Adam had revealed he wanted to start a family not long after the couple tied the knot in Mexico in 2014. 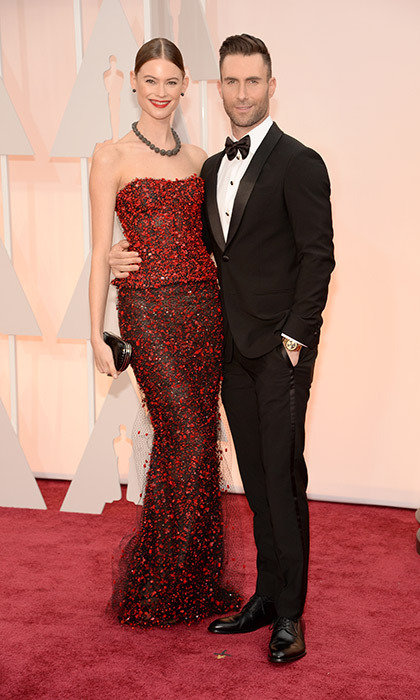 The couple are expecting their first child Photo: Getty Images

“Yeah, we're gonna do it at some point in the not-so-distant-slash-undisclosed-slash-I-really-have-no-idea-big-question-mark future,” the Voice coach told E!, adding that the pair both want a big family. “[I want] like 17. Is that reasonable?” He joked. “I love kids so much though. I love seeing kids on the set too.”

Behati has also been wanting to start a family. The 26-year-old told The Edit that she had “definite” plans to have children with her 36-year-old husband. 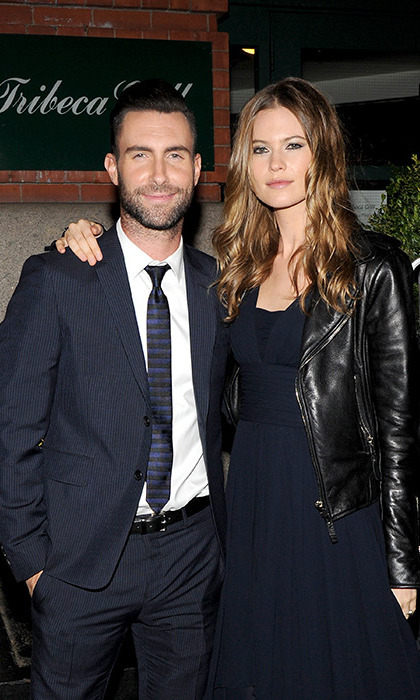 The couple married in a stunning Mexican wedding in 2014 Photo: Getty Images

The couple have so far managed to keep the news a secret, especially as Behati hasn't been displaying a baby bump. Just over a month ago the model walked in the Atelier Versace show during Paris Haute Couture Fashion Week looking as lean as ever.

The pair began dating in June 2012 and went public with their love the following October, at the GQ Gentlemen's Ball in New York City. Two years later the couple tied the knot in a lavish wedding ceremony at Flora Farms in Cabo San Lucas, Mexico, in July 2014.

Congratulations to the couple on the exciting news! We can't wait to find out whether it's a boy or a girl.