Chelsea Clinton has given birth to a baby girl.

The daughter of former US President Bill Clinton and former Secretary of State Hillary Clinton and her husband Marc Mezvinsky have named their little bundle of joy Charlotte.

"Marc and I are full of love, awe and gratitude as we celebrate the birth of our daughter, Charlotte Clinton Mezvinsky," the new mum tweeted. 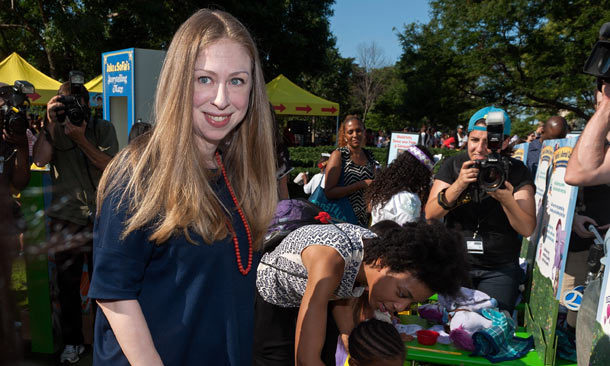 Recently the former US secretary of state admitted to being on "constant grandchild watch".

"So don't be surprised if we suddenly go sprinting off the stage," she said at a political engagement with husband Bill. 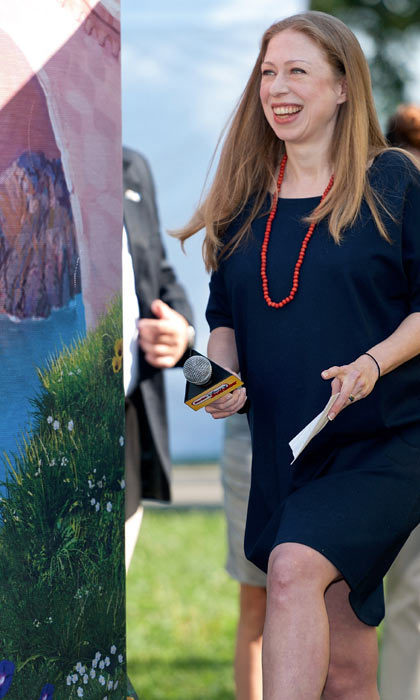 The former president also made it sound like labour was imminent. When his phone rang in the middle of a speech he joked: "I hope I'm not being told I'm about to become a premature grandfather."

Their daughter married Marc,a hedge fund manager and the son of two former members of Congress, in a lavish ceremony in July 2010. The bride floated up the aisle in a strapless organza silk affair created by Vera Wang, watched by 400 guests.

Chelsea and Marc have known each other since meeting as teenagers at a Democratic political retreat in 1993. Their friendship only blossomed into a relationship years later in 2005.

Hillary hasn't hidden her longing to be a grandmother. Earlier this year, when talk show host Jimmy Kimmel interviewed the family, she quipped: "I wouldn't mind one of those grandchildren I've been hearing so much about."

Chelsea interjected that her mother had been "shameless" in putting pressure on her, "unapologetic in public and in private".