Iconic supermodel Naomi Campbell is feeling sexy in her Calvins. The 49-year-old model stars in Calvin Kleins’ latest campaign looking gorgeous as ever alongside other famous faces including, Bella Hadid, Diplo, Odell Beckham Jr., Euphoria’s break-out star Jacob Elordi, Lay Zhang, Jelly Lin and Beth Ditto. Naomi took to social media to share the seductively alluring photos shot by Daniel Jackson and a clip featuring all the models. “Who would have thought I’d be saying this after 33 years. Proud to be in #MYCALVINS #YESIAM,” she wrote. 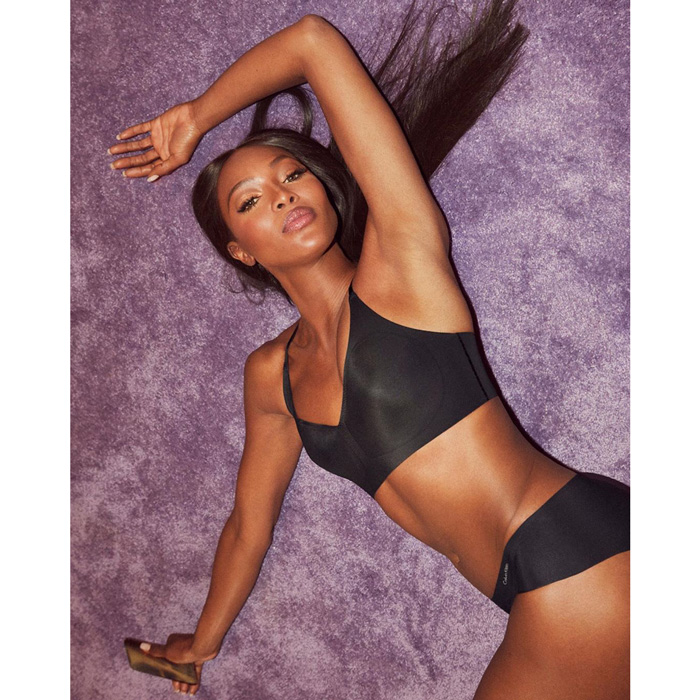 The campaign which highlights each model wearing contrasting styles of the underwear is meant to “blur the line between the public image and private realities,” the brand explains. It also “celebrates two totally different perspectives on what sexy looks like” and “underscores the idea that sexy is a state of mind.” Each model is shown looking confident during two different scenarios: filtered at a photoshoot and in real life at home.

Throughout her extensive career, Naomi has maintained her status as one of the most renowned models in the fashion industry. She has broken many barriers for women of color and is one of the iconic supermodels from the nineties alongside Kate Moss, Cindy Crawford, Claudia Schiffer and more. 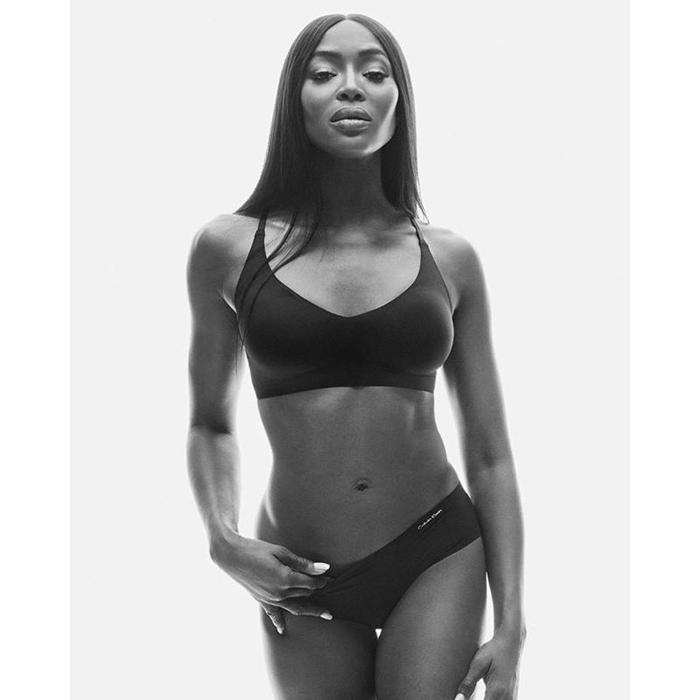 Based on her continuous energy to keep slaying the runway and creating content for her new YouTube channel, there are no signs of Naomi slowing down anytime soon. What’s more, on her channel, fans can get further acquainted with the fashion star’s five-minute beauty routine and can follow along while she goes shopping at Whole Foods and much more.

MORE: Met Gala 2019: The most extravagant and eye-catching looks