In the whim of Latinx supporting Latinx, Romeo Santos took a fashion cue from J Balvin’s stylebook for his latest music video. The Dominican singer who released a new video for his hit Canalla featuring El Chaval de la Bachata appears vacay-ready wearing a guayabera style shirt from the Guess x J Balvin collection. The father-of-two took to social media to share a snap from the three-minute clip where he wears the button up teamed with a classy off-white hat. “Shout out to @jbalvin for this cool shirt,” he wrote. 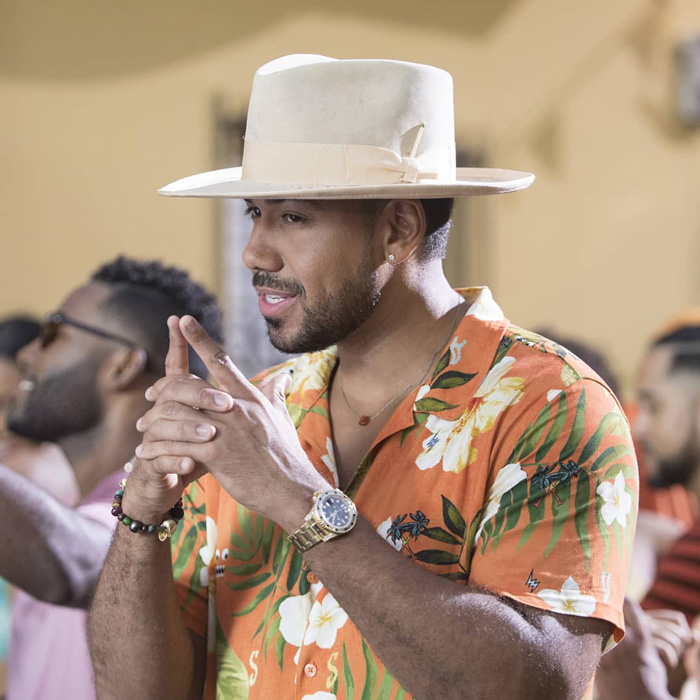 Romeo gave a shoutout to J Balvin for his "cool shirt" Photo: @romeosantos

The bright orange floral-printed top fits right in with the colorful scenes of the upbeat music video as the king of Bachata is seen dancing and singing away. Surely the mention of his work with the well-known fashion brand must have made J Balvin proud as it’s evident the X singer is a fashion aficionado.

In 2018 the Que Pretendes singer entered the fashion scene when he launched his first fashion collaboration in his native Medellín titled Vibras by Balvin x GEF. Fast forward to 2019 and the fashion enthusiast became the face of the J Balvin x Guess collection featuring a bold assortment of colorful, vibrant prints – much like the sounds of his music. 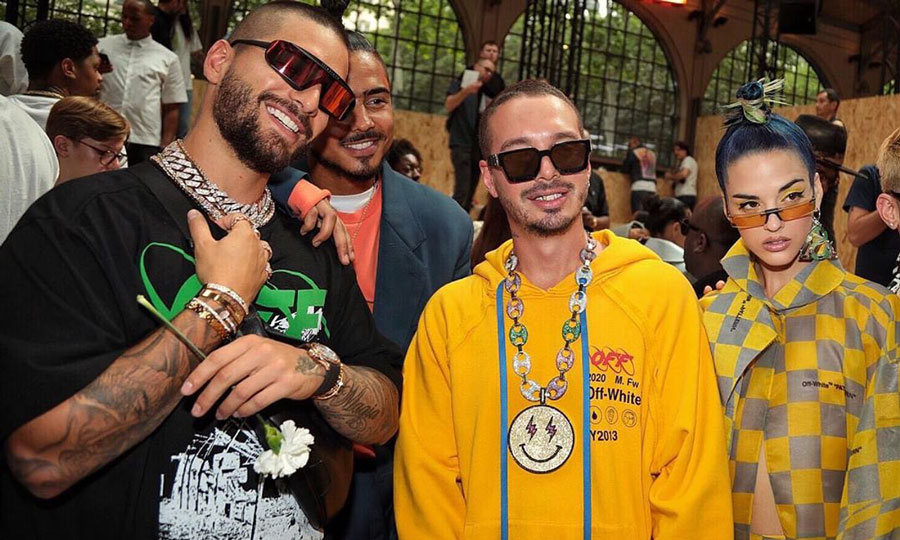 Going after his interests in fashion, J Balvin was spotted at Paris Men’s Fashion Week earlier this month where he met up with fellow Colombiano Maluma. The Latino singers posed for a stylish photo opp while at the Off White show. “Familia en Paris!” he wrote next to the snap.

Maluma himself appeared ultra-fashionable wearing an Off White shirt and sporty Illestiva sunglasses. Perhaps he'll be the next artist to wear a J Balvin design!