Hi, hello, hola! While you're getting dressed in 21st century fashion, Courteney Cox's daughter Coco Arquette is donning literal 90s red carpet garbs. The Friends actress just posted a photo on her social media that showed her 14-year-old daughter wearing a dress that she wore to the 1998 premiere of Snake Eyes, and—no surprise here—the mother-and-daughter duo look like literal twins! 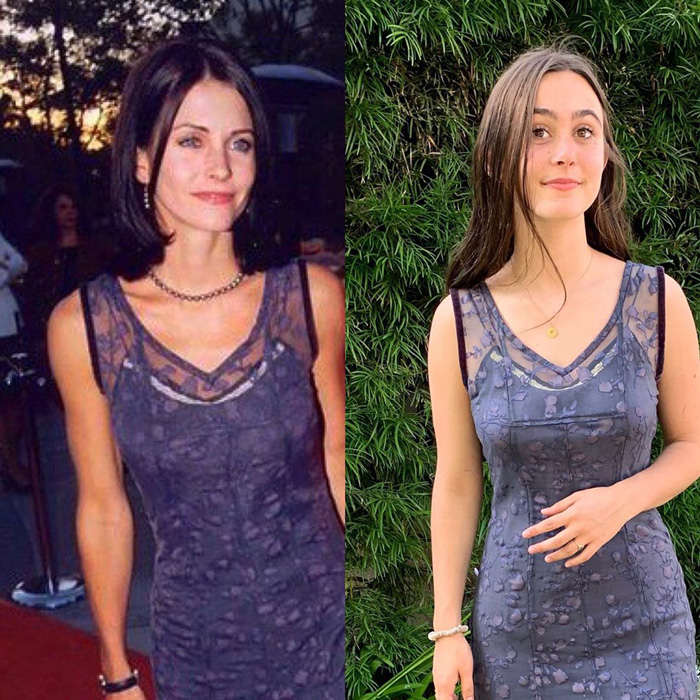 "I’m not one to hold onto things but this was a damn good purchase! 21 years later...," Courteney wrote as her caption alongside the photo that features the actress wearing the dress in 1998 and Coco wearing the dress in 2019. She originally wore the violet and embroidered outfit in 1998 for the red carpet premiere of Snake Eyes. She attended the event with her now ex-husband and father to Coco David Arquette.

MORE: Courtney Cox's daughter is all grown up and starring in a music video

Many fans were quick to point out that Courteney recycling her dress 21 years later for her daughter aligns with her Friends character Monica Geller. Quick refresher: Monica was a total Type A and would be the kind of person to reuse dresses two decades later. “This is such a Monica thing to do,” one fan wrote, while Courteney's former Friends co-star Lisa Kudrow commented with, 'Oh wow." 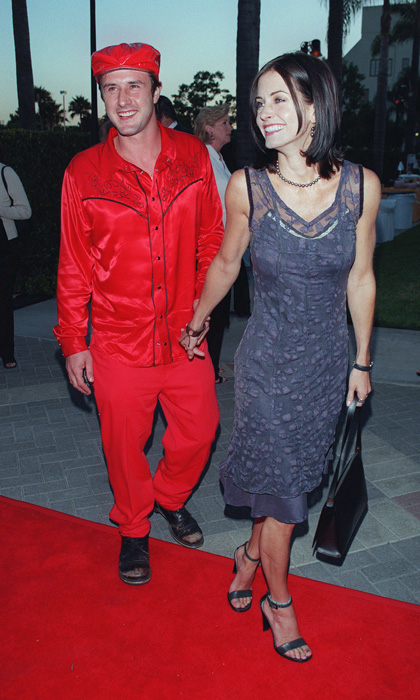 Besides sharing clothes, Courteney and her daughter are also extremely close. The pair previously opened up about their strong relationship. “We bicker, let’s be honest, but we love each other,” the actress said. “We laugh a lot, for sure.” Coco added: "I would also describe it as, well, I am a 13-year-old girl, you are a mom, so I love you, but of course we’re gonna get in fights. But we’re very close. Very close."