Lily Collins had extra supervision at the 2019 Met Gala. During an appearance on the The Late Late Show with James Corden, the 30-year-old actress revealed her Cartier Magnitude High Jewelry necklace had its own security team and even required one very special woman who had the key to the expensive piece of jewelry. “Not only its own security guard, but there was also a woman – the only woman who had the key to unlock it!” Lily told James. 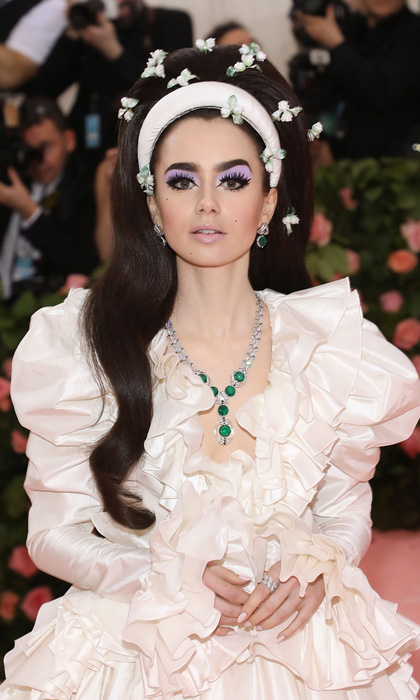 “There’s a device used for this specific necklace and at the end of the night, I had to have her there to take it off,” she explained. According to Forbes, the dazzling necklace is made up of emeralds, platinum, rock crystal, onyx, black lacquer and diamonds.

MORE: Met Gala 2019: The most extravagant and eye-catching looks

Well, it looks like the Oceans 8 storyline might not be too far off from reality. You may recall, in the film which stars Sandra Bullock, Anne Hathaway, Cate Blanchett and more A-listers, Sandra’s character, Debbie Ocean, handpicks a group of women to steal a $150 million Cartier necklace from Anne’s character, Daphne Kluger, at the Met Gala. 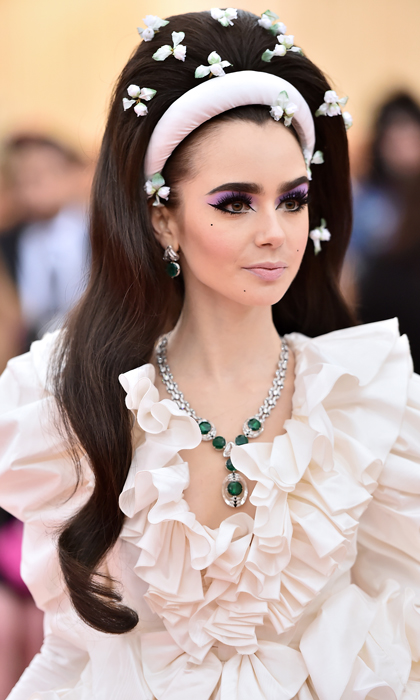 Like Lily’s situation, the luxurious piece of jewelry also requires a special key. We don’t want to give off any spoilers, so we’ll leave you to watch. The Extremely Wicked, Shockingly Evil and Vile actress also admitted the security guard took her traditional post Met Gala picture in the bathtub.

“So before they took the jewelry off, I was like, ‘I know this is weird, but can you take a picture of me in the bathtub?’ It was a woman, so I felt fine about that, but she thought I was really weird … but she nailed it. I got the photo,” she said. Kudos to the security guard-turned-photographer!