It was the moment we've all been waiting for – Prince Harry and Meghan Markle presenting their gorgeous baby boy to the world. The couple introduced Baby Sussex, who was born on Monday, May 6, at Windsor Castle on Wednesday in front of a small group of members of the press, including, it was reported, Meghan's friend (and royal baby shower guest), Gayle King. While all eyes were on the baby boy, who was wrapped in a blanket and wearing a knit cap, we couldn't help but take a closer look at what the ever stylish Duchess of Sussex chose to wear for her first public appearance as a new mom. 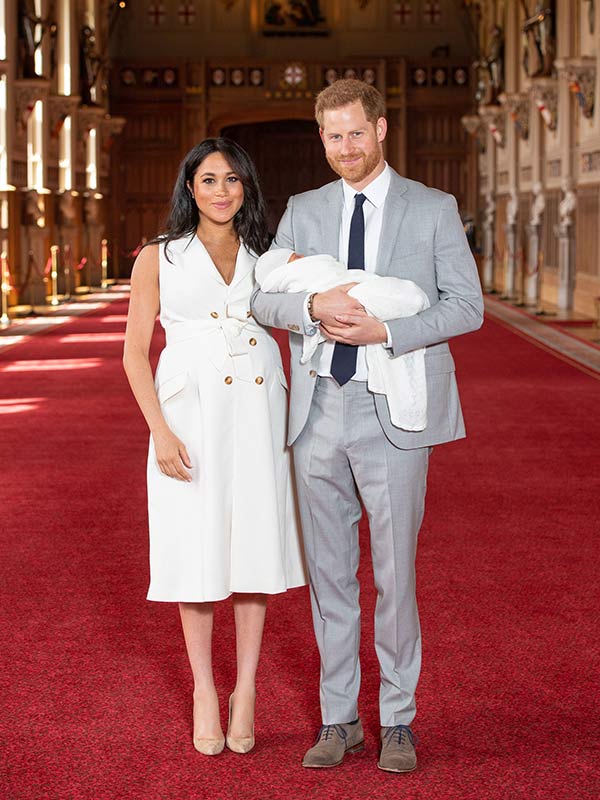 PHOTOS: Here he is! Get an up-close look at Meghan and Harry's baby boy

The former Suits star, who married Prince Harry in May of last year, was ready for her close up in one of signature looks – a sleeveless trench dress. The new mom, who was visibly moved during the presentation wore Manolo Blahnik pumps and a double breasted cream colored look, created by British menswear designer Grace Wales Bonner. The designer, whose work is inspired by her heritage – she has a British mother and Jamaican father – teaches at both Central St Martins in London and the Parsons School of Design in NYC. 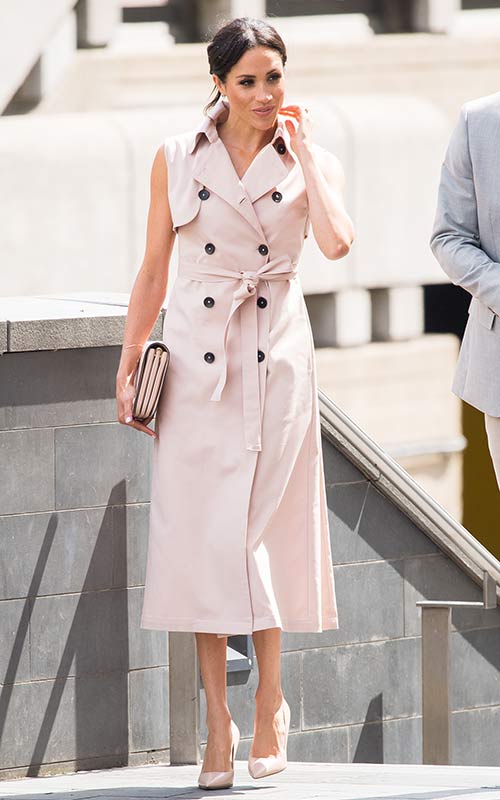 It has been quite an exciting week for royal fans, who first got the news that Meghan was in labor early on Monday morning. Just an hour later, though, it was announced that the Duke and Duchess had welcomed their bouncing baby boy at 5.26am.

Hours after the happy news broke, Prince Harry emerged, smiling from ear to ear, to talk about his experience at the birth and his first few hours as a dad. "I haven't been at many births," he said with a laugh. "This is definitely my first birth – it was amazing, absolutely incredible."I'm so incredibly proud of my wife. And as every father and parent would say, your baby is absolutely amazing. But this little thing is absolutely to-die-for so I'm absolutely over the moon."