Royals and hats might as well be synonymous terms! Whether it’s a royal wedding, engagement or any special occasion, really, ladies of the monarchy sure know how to wear their hats (looking at you, Queen Maxima!). And in case you have ever wondered what it is like to be behind all those over-the-top creations, royal hat milliner, Rosie Rubin, has opened up about what goes on behind the scenes and what it is really like. In an interview with ELLE.com, Rosie talks about designing for her ‘dream client,’ Kate Middleton. 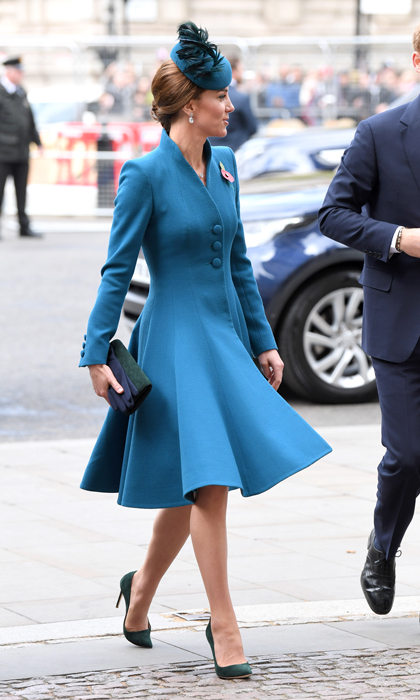 You may recall, for Anzac Day in April, the Duchess of Cambridge stunned in a teal coat dress by Catherine Walker and matching hat called the “Varick,” which was custom-made for Prince William’s wife. The headpiece features blue pheasant feathers which we have now learned she individually hand-curled. Although it was her first time designing for the Duchess of Cambridge, she has been a go-to for other royal ladies – including Zara Tindall and Princess Beatrice. Kate’s sister, Pippa Middleton, has reportedly also been a client of Rosie’s since 2013.

"I am so honored that they want to wear my creations,” she told the publication. Rosie was reportedly introduced to the royal family after completing a program started by Prince Charles to offer loans and mentorship to young entrepreneurs. Rosie finished the Prince's Trust Enterprise business course in 2011, and at a Prince's Trust event, Rosie met Princess Beatrice for the first time. 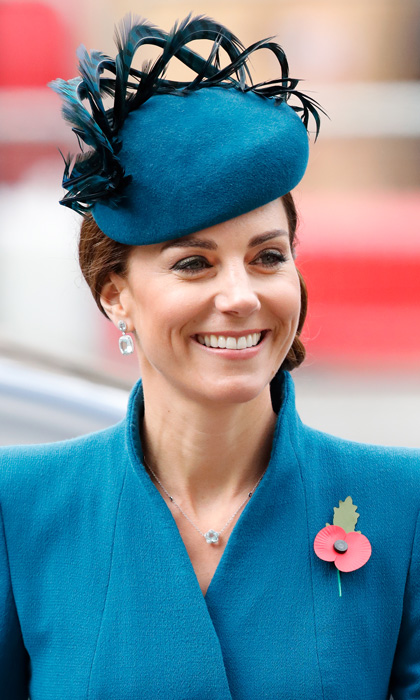 Rosie hand-curled each of the feathers on Kate's headpiece

MORE: Hats off! From Queen Maxima to Kate Middleton, these are the best royal hats!

However, when it comes to working with the monarchy, Rosie admits the royal family’s formal events do not allow her much room for playing with creativity. "It is great fun creating bespoke hats that are wacky, colorful and stand out from the crowd," she admits. Someone she hopes to work with in the near future is none other than American royalty herself, Lady Gaga.

We bet Rosie could make something amazing for her!