The 2019 Billboard Music Awards came and went, but the image of Sofia Carson in that stunning ruffled gown will forever live. The singer-actress blew us away when she graced the red carpet in a tiered lavender dress by Giambattista Valli Haute Couture. The whimsical number featured an abundance of pretty ruffles, an asymmetric neckline that bared her right shoulder and an elongated train. The 26-year-old added sparkle to her gorgeous look with a pair of long earrings from H Stern Jewelry. 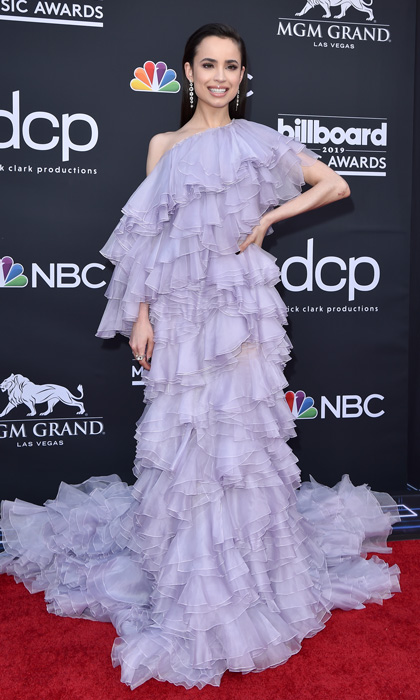 As for her beauty look, the actress opted for a sexy look wearing her gorgeous locks straight and slicked back. Her makeup was kept glam yet natural with a subtle smokey eye and nude glossy lips.

Although her get-up was one of our favorites from last night, it’s no surprise the actress, who is now starring in Pretty Little Liars: The Perfectionists stunned at the event as she’s known to have an amazing sense of style. From prestigious red carpets to Paris Fashion Week and more, Sofia is no stranger to high fashion. Even her character from PLL's, Ava, is a fashion designer and in an interview with HOLA! USA, the actress admitted she has an influence on her character's wardrobe. 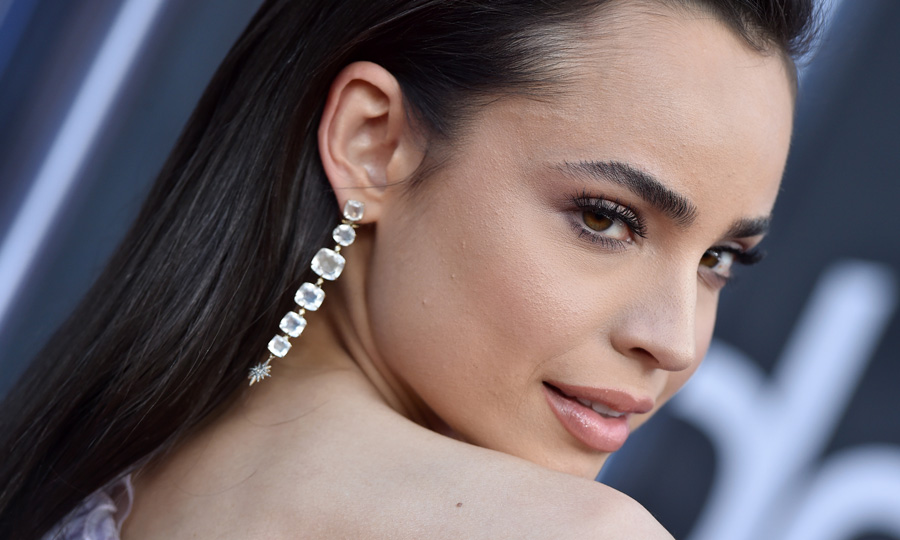 The actress upped the glamour with gorgeous diamond earrings by H. Stern and she kept her makeup glam

“It was incredible to me that she was a fashion designer, like the fashion girl of the series," she confessed. "So I worked very closely with our costume designer, Cameron, who was incredible, to kind of create Ava’s look. There’s definitely a lot of me in her. She’s very sophisticated, very chic and timeless. Everything that she wore, I’m dying to have in my closet.” 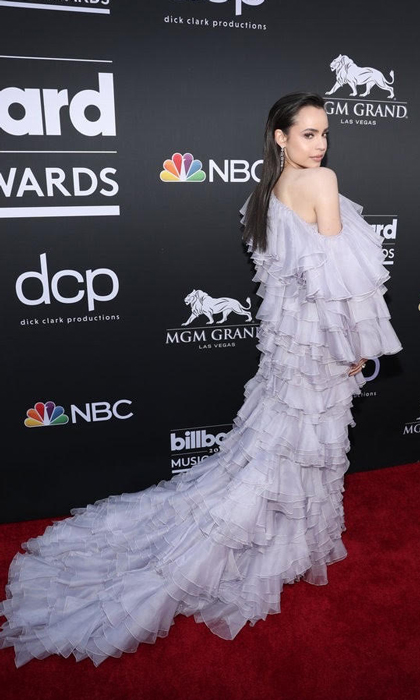 Sofia's whimsical dress stood out with tiered ruffles, an asymmetrical neckline and a sleek elongated trian

The Descendents star also admitted she and her co-star, Janel Parrish, who portrays Young Cosette in the CW hit, have even bought some of the pieces worn by their characters. "We would end up buying some of the pieces, and we have them now," she stated while smiling at the camera though. "Like some of her boots and stuff."

MORE: Sofia Carson is being honored with this special award at the ballet

Hey! If we were playing a stylish fashion designer on TV, we would too!