While on the set of her upcoming film, Hustlers, Jennifer Lopez wore a newspaper-print tank top that gave us all the feels. With the years-in resurgence of all-things ‘90s and early 2000s, JLo’s fitted, spaghetti strap and white low-rise jeans combo feels extra nostalgic. Not to mention the denim jacket, oversized sunglasses and hobo bag hung over her shoulder. But despite feeling from another era, if her top tells us something, it’s that it’s anything but outdated. Could it be that the iconic print is now a timeless staple? It sure feels that way! 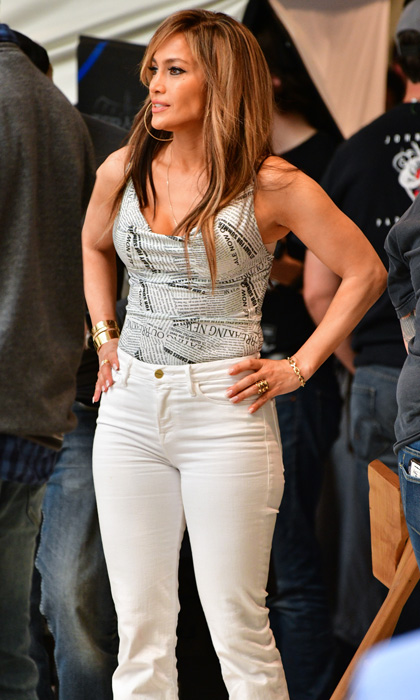 One of our first memories of the newsy piece comes from Carrie Bradshaw. In season three of Sex and the City, the style icon appears in a slinky backless dress designed by John Galliano for Christian Dior the day she confronts her ex-lover Big’s wife, Natasha. Years later, the fictional character reappears wearing the designer dress in Sex and the City 2 proving the piece carries on (see what we did there?) with enduring appeal. 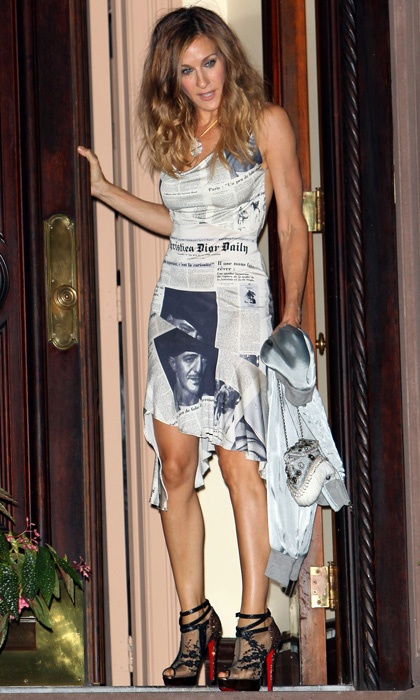 MORE: Jennifer Lopez's style evolution and her most memorable outfits

In 2018 Kendall Jenner resurfaced the trend when she wore a much more relaxed iteration of the famous print. The 23-year-old model, who herself is a trendsetter was spotted supporting her boyfriend Blake Griffin at a Los Angeles Clippers game wearing a vintage Dior baby tee that featured the iconic print. She appropriately teamed the tee with light blue jeans and Adidas sneakers – perfect for a sports event. 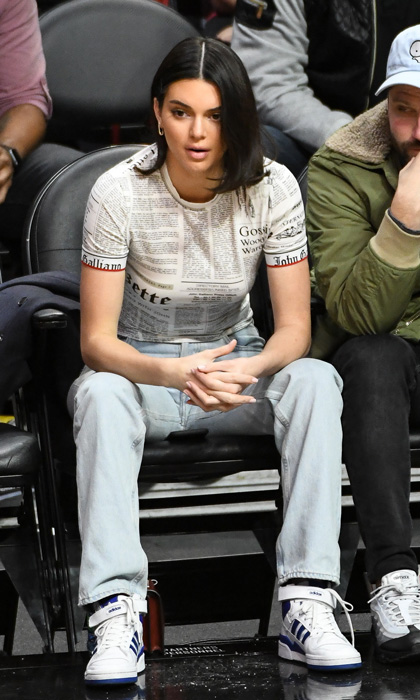 The print has proven to be a timeless staple

That same year Rita Ora proved to be another fan of the text-heavy print, and she further confirmed the pattern’s timelessness. The singer-actress stepped out in a newsprint dress from Galliano’s Fall ‘00 collection which she styled with a grungier approach. Rita channeled her inner '90s girl as she paired the design with heeled lace-up boots, a long plaid coat and a statement hat. 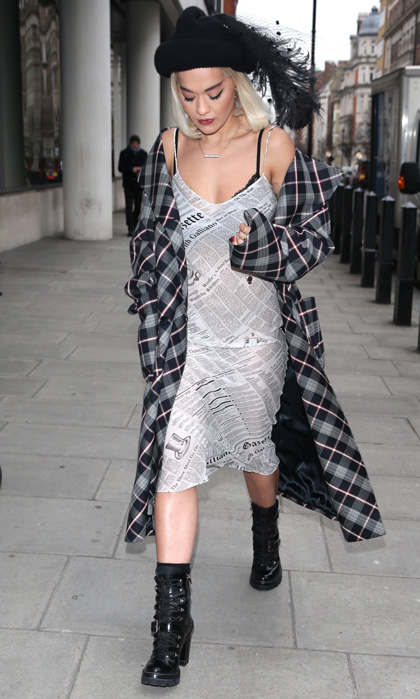 Rita Ora wore a grungy iteration of the newsy print