During a dinner hosted by Prince Charles at Buckingham Palace for The Prince’s Trust Group, Amal Clooney turned heads and stole hearts. For this occasion, George Clooney’s wife tried her hand at one of the most glamorous Old Hollywood trends and completely owned it: a gown with a cape. She can pull off all kinds of silhouettes, including designs from past decades like this Stéphane Rolland dress from 12 years ago. 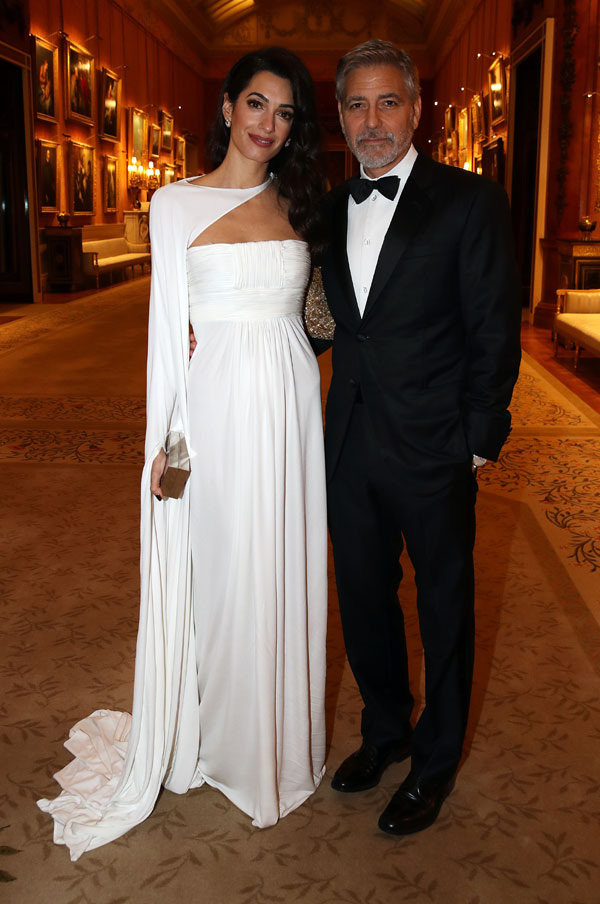 The French designer who draws inspiration from his muse, Spanish model Nieves Álvarez, debuted this creation in his Spring 2007 collection. It is a strapless white dress with crossed drapes that frame the chest, and it fits Amal like a glove. The sleeves are the main attraction of this elegant design. One sleeve is adorned in gold applique while the other drapes over the arm in a cape illusion. They both come together on the side of the neck. 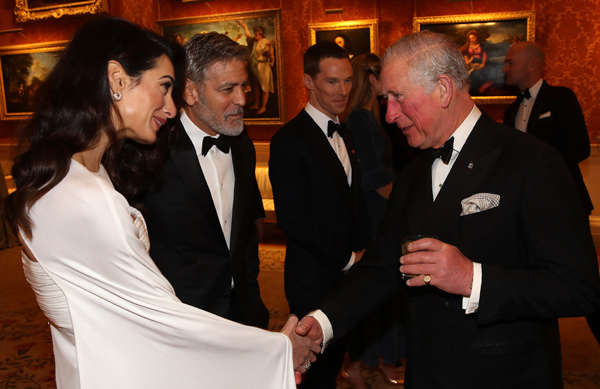 This short false cape is more noticeable in photos taken from a side angle, including one of the lawyer bidding farewelll to her gracious host, Prince Charles. To match this vintage design, Amal opted for a gold-tone clutch that matched the gold sleeve detail. The clutch’s polished geometric shape complements the effortlessness of the dress and keeps the focus on the dramatic sleeves. 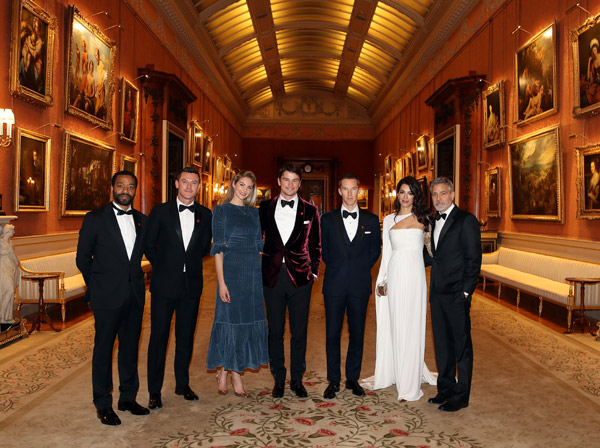 While Kim Kardashian stunned with classic looks this year, Amal has not lost her position as the ultimate ambassador of vintage style. Unlike Kanye West’s wife, Amal prefers bold designs with an air of sophistication - a taste that she’s instilled in one of her best gal pals, Meghan Markle. During her baby shower, the Duchess of Sussex took a page from Amal's book and wore a fabulous coat designed in 1965.

Throughout the evening, Amal and George mingled with other notable figures, such as actress Tamsin Egerton and actors Chiwetel Ejiofor, Luke Evans, Josh Hartnett and Benedict Cumberbatch. The guests included donors, collaborators and ambassadors of The Prince's Trust International  - an international subsidiary of the charity The Prince's Trust, that Prince Charles and Frederick John Pervin founded in 1976. The foundation aims to help disadvantaged young people obtain jobs, education and training.