Edie Campbell is calling out the fashion industry after having a terrible run in with a brand earlier this week. The British model took to her social media to reveal that she was called “too fat” to open a show during Milan Fashion week. Edie took to her Instagram stories to share the news with fans. “When a brand says you are “too big” to open their show so you get @christabitch round to have a slap up brekkie.” In the picture Edie poses with a croissant in her mouth surrounded by smoothies and pastries. 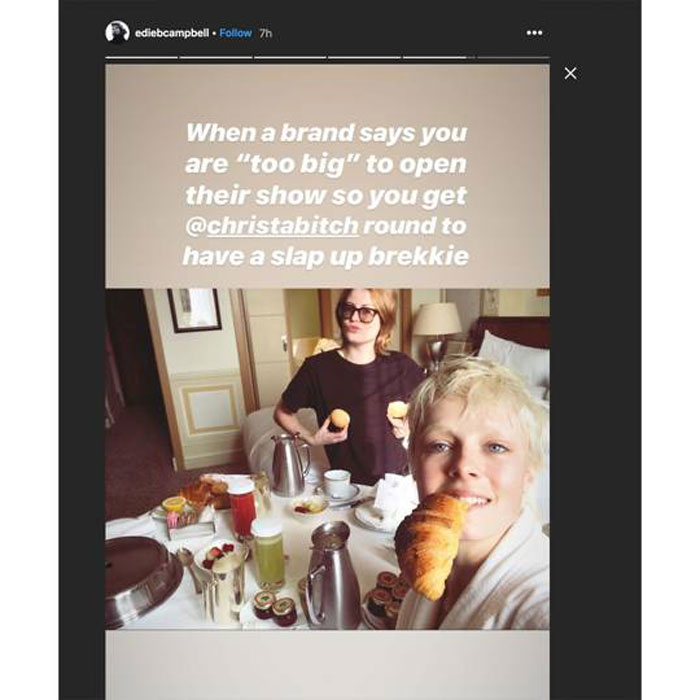 Edie Campbell shared that a brand called her "too fat" to open a show Photo: Instagram/@ediebcampbell

AS SEEN ON THE STREET: THIS WILD NEW TREND THAT KENDALL JENNER AND ALL THE STARS ARE IN TO

Edie posted a follow up picture with the caption: “By “too big” I don’t mean “too famous” I mean too fat.” The pictures were taken in her hotel room in Milan. The 28-year-old model wears a UK size 6. This isn’t the first time that the Edie has been open about her issues in the fashion world. In 2017, Edie wrote a personal essay in WWD where she expressed her problems with the industry. “We operate within a culture that is too accepting of abuse, in all of its manifestations. This can be the ritual humiliation of models, belittling of assistants, power plays and screaming fits. 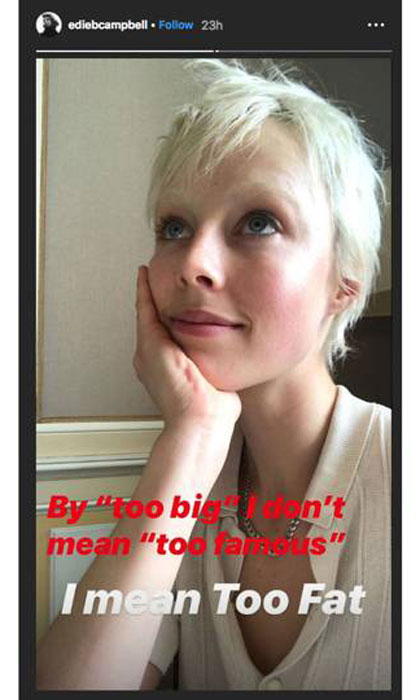 NYFW: THESE LATINA MODELS ARE TAKING OVER THE RUNWAY

We have come to see this as simply a part of the job,” she wrote. “Although we may not all, as individuals, have actively contributed to this culture, every time we turn a blind eye, our silence perpetuates that culture. Our inaction makes us complicit.” She continued: “This is a moment for us all to examine the behavior we have normalized. Fashion is a closed world, and fiercely self-protective. But it is time to reassess, and it is time to start regulating ourselves. 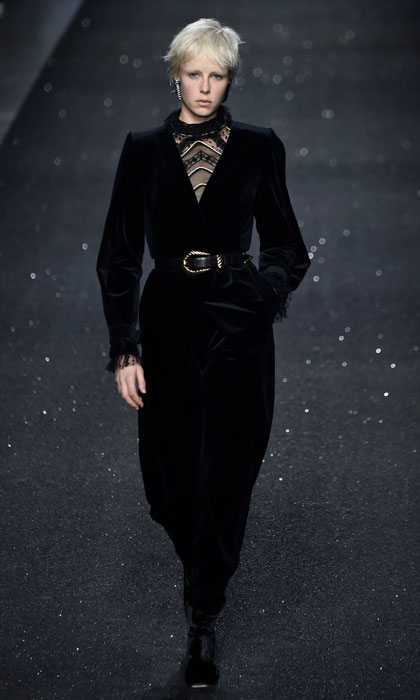 "I hope I am not being reckless in writing this piece. And I hope that my understanding of the situation is correct, and that I have judged the mood accurately.” Edie’s experience didn’t stop her from taking on the runway during Milan Fashion Week. The British model walked for Tod’s, Alberta Ferretti and Fendi.