For the most part when getting dressed in the morning, one tends to reach for whatever piece calls out to them most. Perhaps it’s a purple fuzzy sweater or maybe a simple black top. However, in the political world, style choices can have implications that go way beyond simple palette preferences. And if the color of our clothes means anything, which in politics it can, then that explains why a recent outfit choice of Tiffany Trump caused such a stir. On Tuesday, Tiffany attended the State of the Union address given by her father, President Donald Trump, in a white top and white skirt. 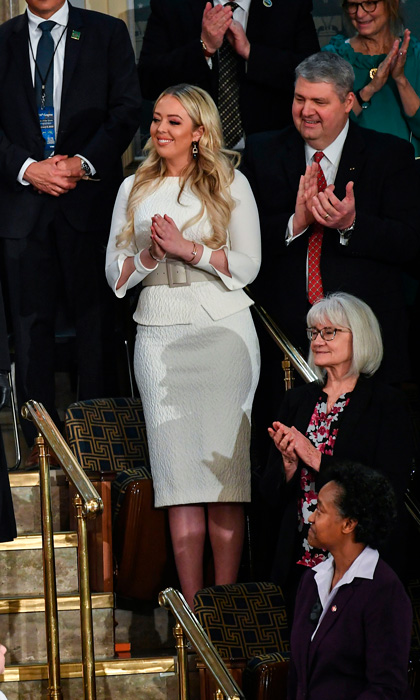 White is a color associated with U.S. suffragists who fought for women’s voting rights. Democratic congresswomen, including Nancy Pelosi and Alexandria Ocasio-Cortez, showed up to Tuesday's State of the Union address wearing the pristine color and clearly intended on making a political statement. It's less clear what Tiffany's outfit meant, if anything. What we do know is that her white Roland Mouret ensemble fully stood out from the darker hues on her side of the room. First Lady Melania Trump was dressed in a black ($2,300) Burberry coat while Ivanka Trump also wore black with an Alexander McQueen jacket and matching skirt get-up ($5,000).

Whether Tiffany meant to make a rebellious style statement or not, Donald Trump’s daughter definitely caused a buzz with her recycled monochrome outfit, which was also once worn by Ivanka Trump in 2018. 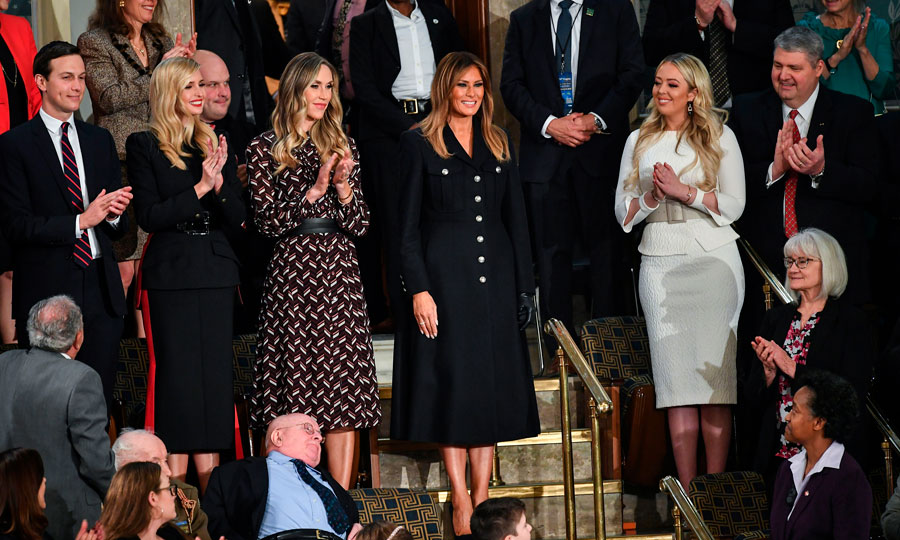 Tiffany stood out from the rest of the Trump ladies. who opted for darker style choices.

MORE: Tiffany Trump parties with unlikely friend in the Hamptons

The political class using white as a symbol of women’s empowerment is nothing new. A white pantsuit by Ralph Lauren is what Hillary Clinton wore to Donald Trump’s inauguration, and it’s also what President Trump’s wife appeared in for his SOTU address last year. The 48-year-old former model raised eyebrows by wearing a pair of cropped white trousers and jacket by Christian Dior.