Sunday night Hollywood dressed to impress at the Screen Actors Guild Awards, better known as the SAG Awards. The red carpet was gleaming with stars – including singer-turned-actress Lady Gaga, who stood out just as she’s done at numerous previous award ceremonies. The A Star is Born actress exuded bridal vibes while looking gorgeous in a stunning Christian Dior gown. Lady Gaga was the epitome of Hollywood glamour, and in case you’re wondering what it took to create the stunning bridal-like dress, our sister publication, HOLA! Spain, was given exclusive details from the haute couture house itself. 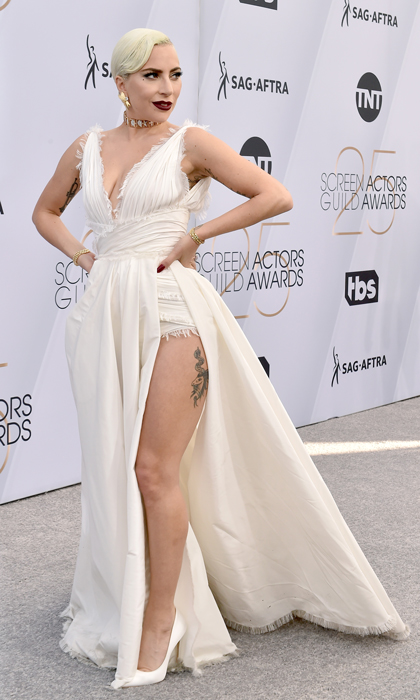 Lady Gaga opted for a white gown that was recently shown during the 2019 Haute Couture shows in Paris. The striking number features a deep V-neckline, a cinched waist and an exceedingly high slit. According to Dior’s fashion house, it took 250 hours of labor, 15 meters of fabric, six meters of taffeta, plus three additional meters of tulle to complete the dress. What made her dress extra special is the shredded tulle trimming which was seamlessly done by hand. 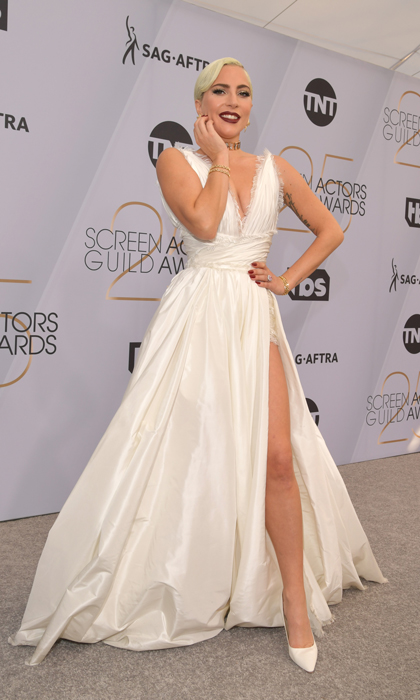 MORE: Bradley Cooper surprises fans at Lady Gaga's Vegas show and what happens next shocks us all!

As mentioned, this dress comes straight off the Dior Haute Couture runway which occurred one week ago, on Monday, January 21. Christian Dior continues to be one of the first fashion houses to unveil their new creations. Inspired by the life and artistry of the circus, Creative Director Maria Grazia Chiuri recreated a circus-like runway under a tent to showcase the spring-summer 2019 collection. 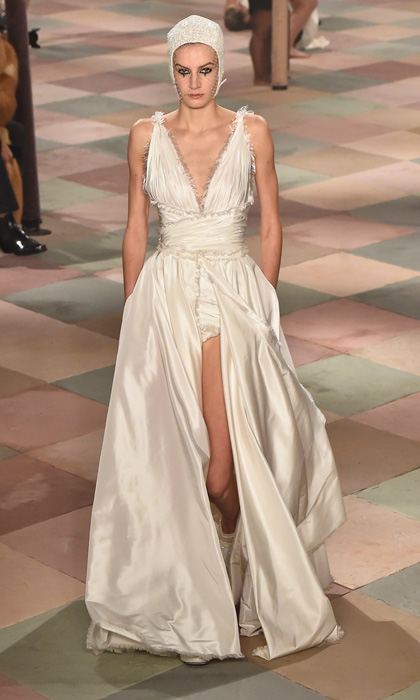 The dress worn by Lady Gaga comes straight off the Dior Paris runway.

There’s no doubt Lady Gaga finds herself at a pivotal moment in her career. The Shallow singer is triumphing as an actress following her Oscar nomination alongside her A Star is Born co-star, Bradley Cooper. Not only that, but her personal life is going swimmingly – she plans to wed fiancé Christian Carino some time in 2019.

MORE: SAG Awards 2019: All the best looks from the red carpet

Although there are zero clues as to what her actual wedding dress will look like, based on this design we can imagine she might follow in the footsteps of fashion blogger Chiara Ferragni or top model Karlie Kloss and entrust her gown to the skilled hands of the Dior fashion house.