It wasn't too long ago 51-year-old Cindy Crawford gave some thought to retiring – which made her sudden return to the catwalk for Donatella Versace's Gianni Versace tribute show during Milan Fashion Week last October even more spectacular. A fashion icon since her modeling start in the 1980s, the supermodel is insisting, though, that she's not rebooting her past life as a runway star – although she's admittedly excited that her 16-year-old daughter Kaia Gerber is making a name for herself in the business. "I'm not trying to recreate my catwalk career. I loved doing it when I did it, but my life has moved on," Cindy told Prestige magazine. "I'm not holding on to trying to be on the runway." Of appearing alongside Kaia in the Versace presentation, she added: "It was fun to revisit that and reconnect with so many people. And it was especially exciting because my daughter was also in the show. I don't think that's very normal, for mother and daughter to be in the same show." 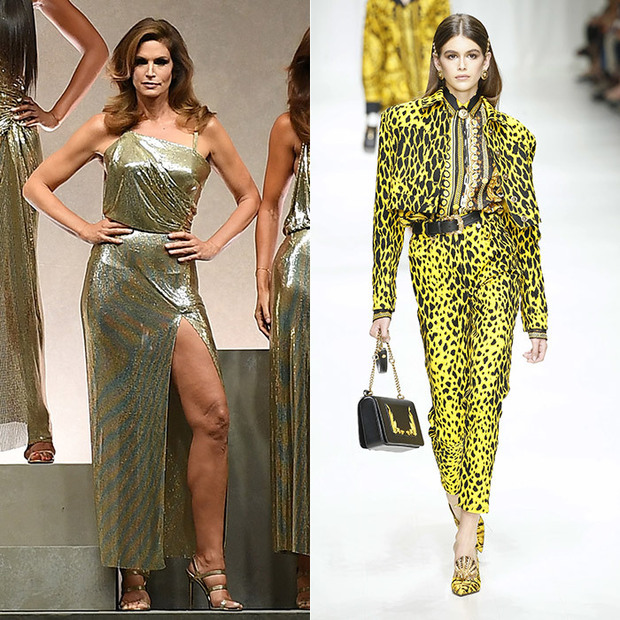 Walking the catwalk for Versace wasn't the first time Cindy has worked with her model daughter, though; the beauty was joined by Kaia, son Presley and husband Rande Gerber for an Omega campaign last year – marking the first time the watch brand had tapped a family to front its advertisements – making it a fun family affair. "[The thing I value most in life is] all of those times, with my husband, daughter and my son, our dog... real life. Those are the most important. I'm also very grateful, because when Omega signed me I was a 26-year-old model on the cover of Vogue, and they've let me grow up. They don't expect me still to be that, they've let me evolve as a woman," she said. 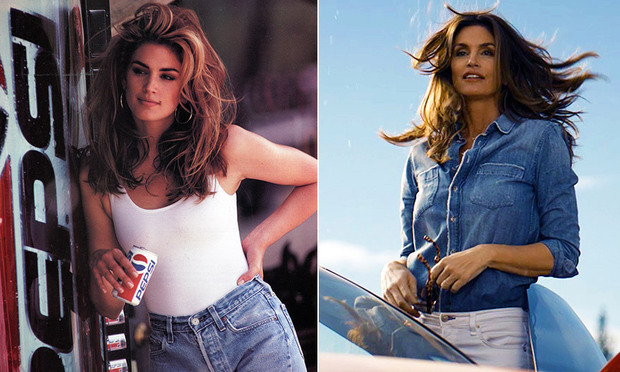 Cindy, who made an iconic appearance in a 1992 Pepsi ad, appeared in another commercial for the brand on Super Bowl Sunday, right – this time co-starring with 18-year-old son Presley Photos: WENN

RELATED: WHAT CONCERNS CINDY MOST ABOUT KAIA'S MODELING CAREER

And it seems everyone in the family household is thrilled to have the chance to work together. After shooting the Pepsi ad that aired on Super Bowl Sunday with his mom, Presley, 18, spoke of working side by side with the supermodel, comparing it to "going to work with one of my friends". The cover girl's 1992 commercial for the soft drink company, which famously saw her similarly getting a can of Pepsi from a vending machine, was a pop culture moment that helped make her a 1990s icon.