Cara Delevingne made her return to the runway on Tuesday, December 6 after a year hiatus for Chanel's Metiers d’Art show in Paris, France. The British beauty stunned walking twice at the presentation. Cara, 24, first modeled an ivory tweed skirt set, followed by a black tulle dress that featured gold-embroidery paired with a matching black tweed jacket. 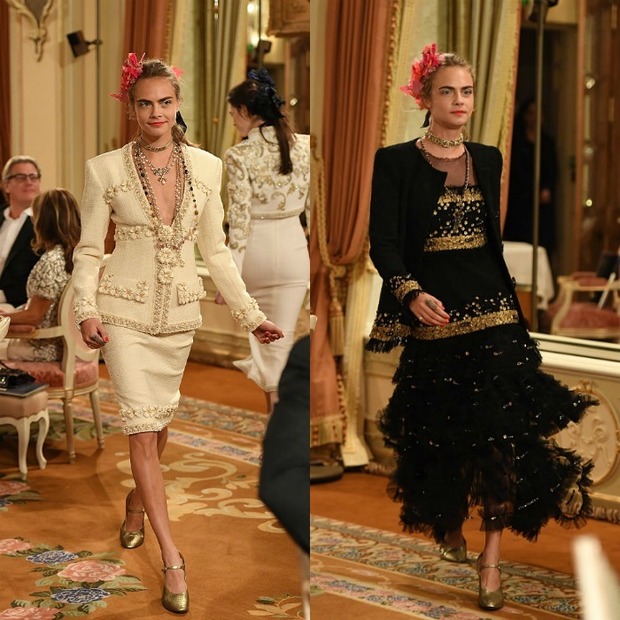 The Suicide Squad actress, who has had a close working relationship with Chanel, revealed that she was taking a break from the catwalk last year. "I am not doing fashion work any more," she told London’s The Times. "Modeling just made me feel a bit hollow after a while... And I kind of forgot how young I was. I felt so old.”

Cara wasn’t the only familiar face walking at the Chanel show held at Paris’ Ritz Hotel. In addition to Sofia Richie and Georgia May Jagger, Lily-Rose Depp, who is the face of the brand’s latest fragrance, Chanel No. 5 L'Eau, also made an appearance on the catwalk, marking her runway debut. 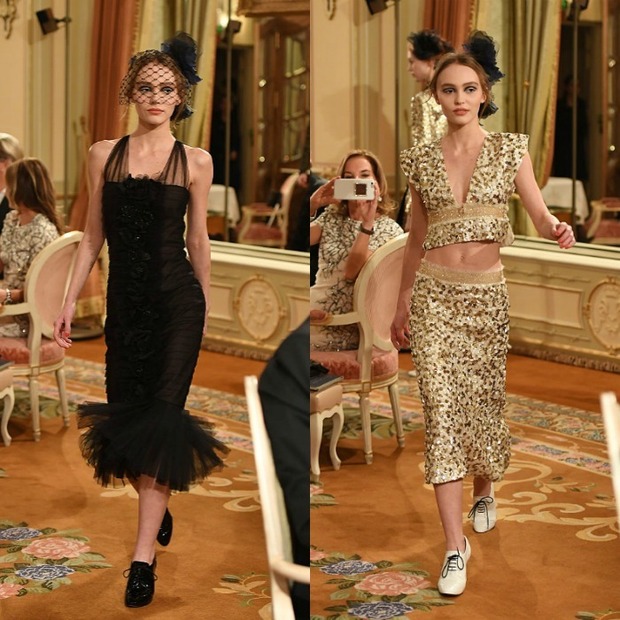 Johnny Depp’s daughter looked chic donning a black tulle dress that featured a fluted hem. The 17-year-old also dazzled in a gold two-piece ensemble, which showcased the model’s toned abs. Following the fashionable event, the young Chanel ambassador took to Instagram to express her joy over her runway debut.

Sharing a photo of herself from the show, Lily-Rose penned, “Thank you so much @chanelofficial for letting me open this beautiful show. Such an honor to be a part of this!! And thank you @karllagerfeld for letting me wear two incredible pieces❤️❤️❤️ Love the chanel family so much!”

Lily-Rose’s mom Vanessa Paradis, who was in attendance, beamed with pride as her daughter walked in the show. Other notable attendees included Monaco's Princess Caroline, Jada Pinkett Smith and her daughter Willow Smith.