Hillary Clinton used her fashion to make a peaceful statement on Wednesday. Walking out on stage to give her concession speech in New York City, the color purple was prominent as she urged her admirers to unite in support of the new president-elect Donald Trump.

The Democratic presidential candidate fought back tears as she made the speech in a striking Ralph Lauren dark gray pantsuit with purple lapels and a purple blouse, while her husband Bill Clinton stood behind her wearing a matching tie. 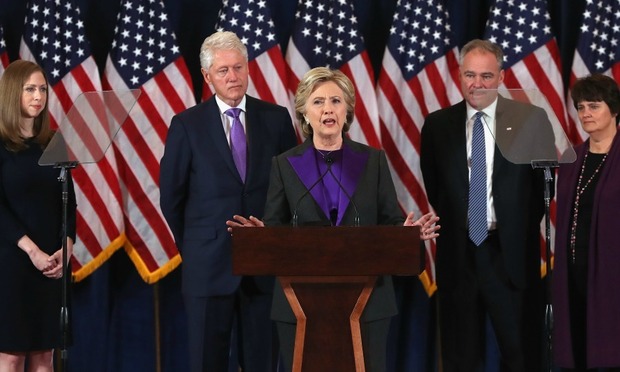 Hillary wore purple as a sign of unity during her concession speech Photo: Justin Sullivan/Getty Images

There was a significant reason behind the couple's choice to wear purple; it reflected her message of unity following her shock defeat to the Republican candidate. Many viewers picked up on the symbolism, observing that purple is made when red and blue - the colors of the Democratic and Republican parties - mix together. "Everyone on stage with Hillary right now is wearing purple, the combination of red and blue. What a beautiful visual of togetherness," one tweeted.

The color purple was also very visible during the suffragette movement of the early 1900s to signify dignity. 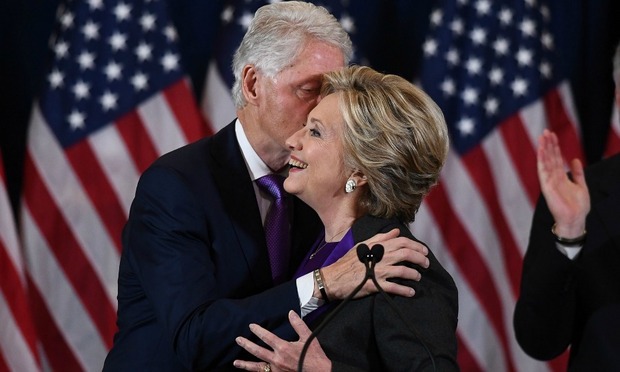 THE MOST TALKED ABOUT MOMENTS FROM ELECTION NIGHT 2016

Another wrote: "There is too much red and blue in this country. We need to come together and create more purple, the color @hillaryclinton wore today."

Hillary was gracious in her defeat to Donald on Wednesday, admitting that it was "painful" to have lost her bid. "We have seen that our nation is more deeply divided than we thought," she said. "But I still believe in America, and I always will. And if you do, then we must accept this result and then look to the future. "Donald Trump is going to be our president. We owe him an open mind and the chance to lead. "