Valentino Garavani has dressed plenty of celebrity brides, Princess Diaries star Anne Hathaway among them. But a look at his long list of clients demonstrates that the Italian maestro and his legendary fashion house also rule when it comes to dressing real-life royals for their wedding days, with at least seven European princesses to its name.

There's Queen Maxima of the Netherlands and Princess Madeleine of Sweden, and of course Princess Caroline's new daughter-in-law Beatrice Borromeo, who became the latest Valentino royal client at her civil wedding on July 25. But what makes Valentino the king of royal wedding gowns? Just take a look at some of his most talked-about princess brides...

CLICK HERE FOR A GALLERY OF VALENTINO'S ROYAL BRIDES 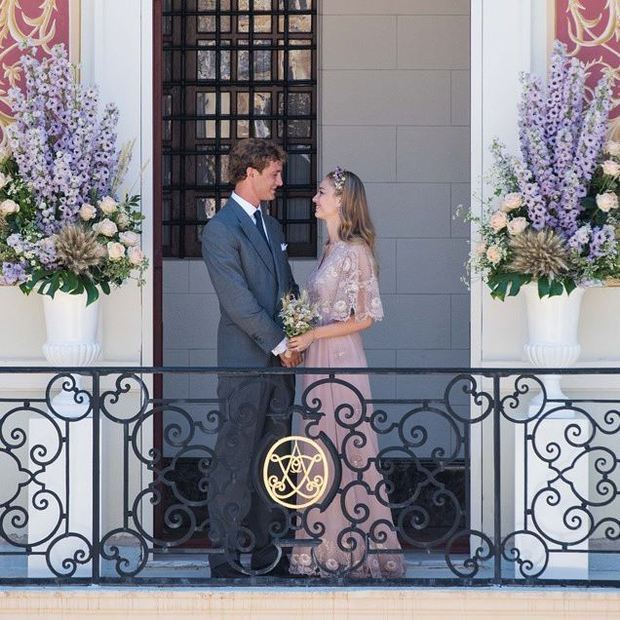 Beatrice Borromeo, with her groom Pierre Casriaghi, became the latest royal bride to be dressed by Maison Valentino Photo: Instagram/@maisonvalentino

Princess Madeleine’s 2013 wedding to Chris O’Neill in Stockholm proved a fairytale occasion in part because Valentino returned from retirement – he stepped down as creative director of the label in 2008 – to create her gown, made from pleated silk organza with appliquéd chantilly lace. "Working with Princess Madeleine has just been so easy,” he said later. “She is so beautiful! It has been an honor." 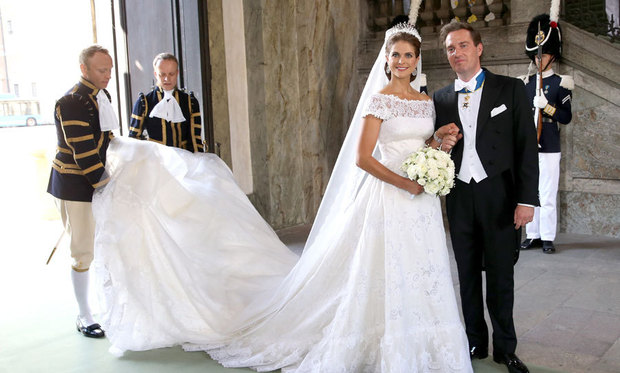 Valentino Garavani returned from retirement – he stepped down as creative director of the label in 2008 – to create Princess Madeleine's gown Photo: Getty Images

Queen Maxima of the Netherlands, meanwhile, has chosen Valentino for many of her high-profile occasions, and her wedding to Crown Prince Willem-Alexander in 2002 was no different. As she became Crown Princess, the then-Maxima Zorreguieta looked truly flawless in a beautifully structured cowl-neck mikado silk wedding gown, its 16-foot train – inset with lace echoing the motif on her hand-embroidered silk tulle veil – trailing behind her. “The dress had to be extremely sumptuous and regal,” Valentino told HELLO!. “We had to remember, she will be Queen.” 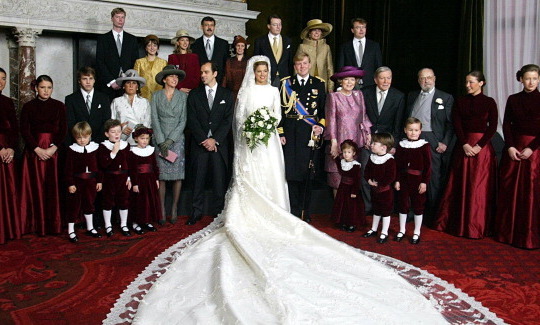 Then-Crown Princess Maxima's gown was designed with her future role in mind. Valentino told HELLO!. “We had to remember, she will be Queen.” Photo: Getty Images

Crown Princess Marie Chantal had an amazing guest list – Queen Elizabeth attended the 1995 ceremony – and her dress was equally stunning. Designer Valentino created a gorgeous $230,000 gown, hand-stitched by 25 seamstresses, and a veil embroidered with butterflies as a symbol of good luck. “Just the veil took one month to make, with 15 girls working on it,” Valentino told HELLO!. And the butterfly motif seems to have worked, with the couple, now proud parents of 5, celebrating their 20th anniversary in 2015. 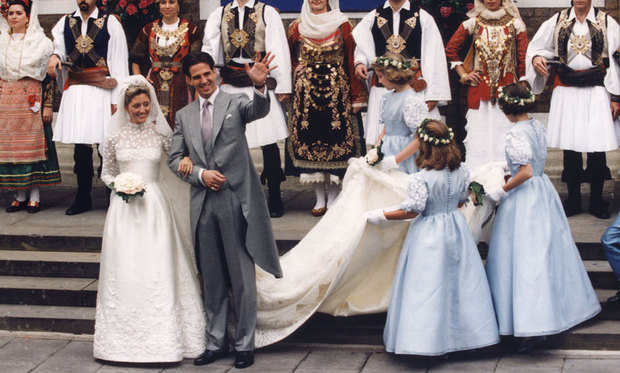 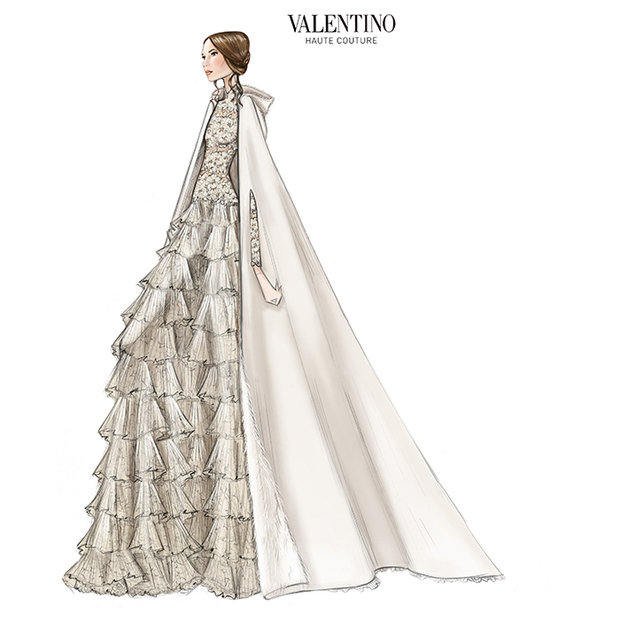 The design was obviously a success – Monaco royal Pierre Casiraghi's bride Beatrice, too, wore dress by the Valentino design duo for her wedding at the Prince's Palace in July 2015, the pale pink and gold lace silk chiffon creation exuding fairytale romance.

Of the royal brides he has personally dressed over the decades of his career, who also include Princess Sibilla of Luxembourg and Princess Clotilde of Savoy, Valentino admits he can’t pick a favorite. “They were all so beautiful!” he told Point de Vue. “Maxima, Sibilla, Clotilde [of Savoy], Marie-Chantal, Madeleine... They were all magnificent. I have never put a foot wrong.”

For more on Valentino's royal brides, celebrity nuptials and over 250 dream wedding dresses, get your digital copy of HELLO!'s bridal special by buying the special issue on iTunes or Amazon.

Or, if you have a Nook, you can download the magazine from the HELLO! app's online store.