The campaign, which was shot by famed fashion photographer Mario Testino, features the son of the James Bond actor posing shirtless, while wearing one of the brand’s signature camel trench coats. 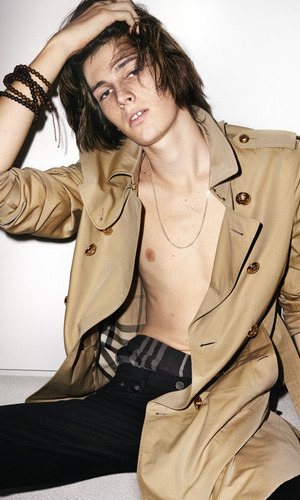 The freckled face 18-year-old gives off major rock star vibes in the ad, running his hand through his shaggy hair and accessorizing with beaded bracelets. The steamy ad isn’t Dylan’s first brush with the fashion world. The teen made his modeling debut back in 2014, starring in a campaign for Saint Laurent's men's permanent collection — showing off a more suave, 007 look, like his father, at the time. 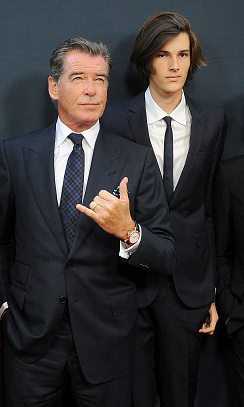 WATCH THE CAMPAIGN BELOW