The Victoria's Secret Angels have descended upon the Big Apple! The models have been making their promotional rounds ahead of their 2015 Victoria's Secret Fashion Show, which airs tonight. From Behati Prinsloo and Adriana Lima to VS runway newcomer Gigi Hadid, check out what the supermodels are saying before showtime!

WATCH BEHATI AND CANDICE TALK ABOUT HOW THEY GOT THEIR START

Veteran Angels Behati and Candice Swanepoel stopped by Today on Monday. The stunning blondes took the time to reveal where they first got discovered. Namibian born Behati said, "I was in a grocery store with my grandparents in South Africa when I got discovered." While Candice admitted she was in "a flea market." 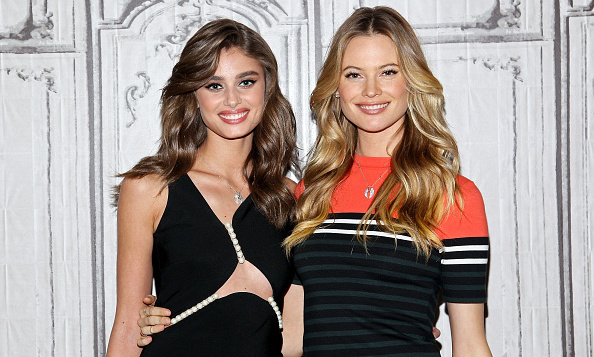 Following the NBC talk show, Behati headed over to the AOL Build series with fellow Angel Taylor Hill. The models donned mini form-fitting dresses for the interview session where it was one revelation after another. There, Adam Levine's wife admitted that while she models lingerie these days, growing up she was a "tomboy." She said, "I was always such a tomboy. I didn't even imagine I'd get picked. I was in New York when I went to the casting for the show. My agency called me that day to say I got it." 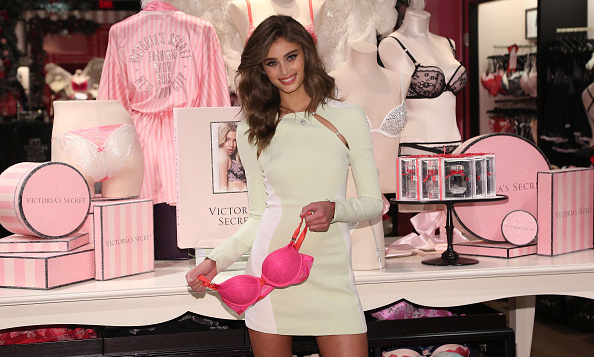 Earlier in the day, Taylor spread some Christmas cheer at the Victoria's Secret SoHo store where she showed off the hottest holiday gifts straight from the VS runway.

Also making publicity rounds before the brand's big show was Brazilian beauty Adriana. The mom-of-two paid a visit to Andy Cohen's Watch What Happens Live last Thursday, where she revealed that out of supermodels Naomi Campbell, Gisele Bündchen, Tyra Banks and Heidi Klum, she is the biggest lightweight when it comes to drinking. And as for who has the best butt out of the five of them? She answered Naomi.

SEE ADRIANA SPILL ON HER FELLOW AND FORMER ANGELS

Much to our surprise, the 34-year-old also revealed that the VS runway wings don't weight much. She explained, "They are not heavy at all. We do fittings before. It’s almost like you don’t feel them really.” On the other hand, the fantasy bra is depending "on how many carats you have." She added, “It doesn't weigh your boobs down. It pushes it up." (Good to know!)

Coming together, Adriana, Behati and Taylor Hill stopped by for a quick "nosh" with Stephen Colbert on The Late Show. Stephen decided to give America the one thing they want to see Victoria's Secret Angels do, which apparently happens to be watching them eat a plate of buffalo wings. As Stephen told them, "You need fuel for your big underpants day."

Adriana then corrected the host telling him they recorded the show a month ago to which he responded, "Well then, belly up to the buffalo bar my friends!" And their Angel wings served as the perfect napkin after the fact!

WATCH THE LADIES DIG INTO SOME YUMMY WINGS

While all the models are gearing up to watch the big show, it's safe to say Gigi Hadid is probably the most excited! The VS newcomer made an appearance Tuesday morning on Live with Kelly and Michael where she said,"I’ve been watching the show since I was a kid, and in high school had pizza parties with my friends and practiced my runway walk during commercial breaks."

The 20-year-old admitted she'd probably be doing that again when the show airs! Gigi, who walked her first Victoria's Secret runway this year, had previously auditioned for the show before and revealed that her audition last year was a flop. "Last year I auditioned for the show and I wouldn't have put me on the show either," she explained. "I walked in there and was shaking like this [shows hands trembling]. It's actually really scary."


Thankfully her hard work paid off, and this year Gigi was brought to tears upon learning she was cast in the brand's 2015 production. A " dream come true!"

The ladies will come together one more time tonight as they watch the show together. Check it out yourself at 10 p.m. ET on CBS.