As Gigi Hadid made her debut in the iconic Victoria's Secret show, she of course had the support of fellow newbie Kendall Jenner. And while the famous model BFFs had a great time on the runway, Gigi also had some superfans off the catwalk: her dad Mohamed Hadid, mom Yolanda Foster and brother Anwar.

Yolanda, who was inseparable from Gigi at the after-party, couldn't hide her excitement about her daughter's debut in the show. Speaking to HELLO! on the pink carpet ahead of the presentation, the proud mom said she "started crying" when she first found out Gigi had landed the coveted gig.

"She called me the minute she walked out from the car and it was probably one of the highlights of a mother's life," Yolanda told reporters before reflecting on the now-famous video of Gigi receiving the good news that she'd been hired. "I've watched the video a hundred times and I keep crying every time I see it because her reaction was just so sweet!"

Yolanda added that she had brought a tissue with her because she was "probably" going to cry when she saw Gigi walk, as her little girl had given her all to make this dream come true. "My advice at this point was just to be yourself and enjoy the moment because this moment will never return and she's worked really hard," she said. 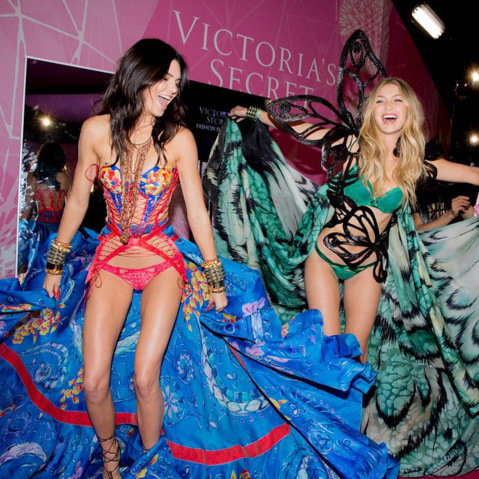 Gigi and Kendall looked like they were having a ball Photo: Instagram/@gigihadid

"I mean, this didn't just fall into her lap. She's missed it twice. This was her third try and she pulled it off and got a spot that millions of beautiful, beautiful women deserve as much as she does but that's a part of the game."

There certainly was no shortage of beauty during the runway show, renowned the world over for its array of genetically blessed models in stunning lingerie. Gigi wowed in a butterfly-inspired look, while Kendall rocked a multicolored set with pink caged details and a blue silk train. 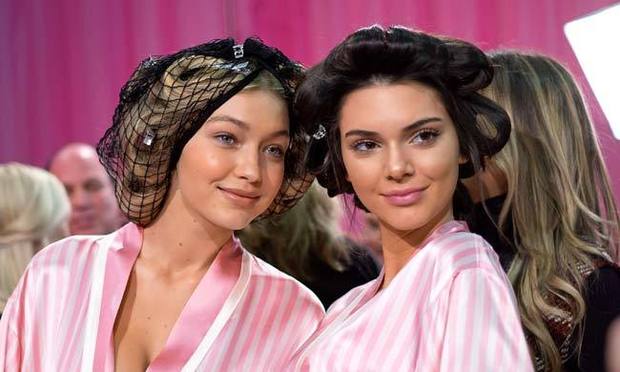 It was a dream come true for the BFFs to walk in the runway show together Photo: Getty Images

The friends were delighted to have experienced their first Victoria's Secret show together. Gigi shared a shot of the pair on Instagram, writing: "No one I would have rather shared my VS v-card with ;) This show is genuinely a dream come true. Can't thank you enough @victoriassecret @ed_razek #vsfashionshow2015."