Rihanna and Selena Gomez are taking their moves to the runway! The two singers have been announced as performers for the 2015 Victoria's Secret fashion show that will be back in New York City after last year's show in London.

The Victoria’s Secret show combines some of the world’s most beautiful women with pop’s top performers for an unforgettable catwalk extravaganza each year. Rihanna is no stranger to the Victoria’s Secret catwalk. In 2012, she was the headlining act and wore a pink satin robe as she belted out her hit singles on the runway in what has since become one of the brand’s most iconic shows.

Rihanna strutted down the runway at the Victoria’s Secret show in 2012 Photo: Getty Images

In 2014, Ariana Grande, Ed Sheeran and Taylor Swift provided a soundtrack for the Angels including Alessandra Ambrosio and Adriana Lima down the runway. The "Bad Blood" singer also performed on the catwalk in 2013 with Fall Out Boy.

It’s the first time for Selena, but she is bound to get some first-hand advice from her best friend Taylor. 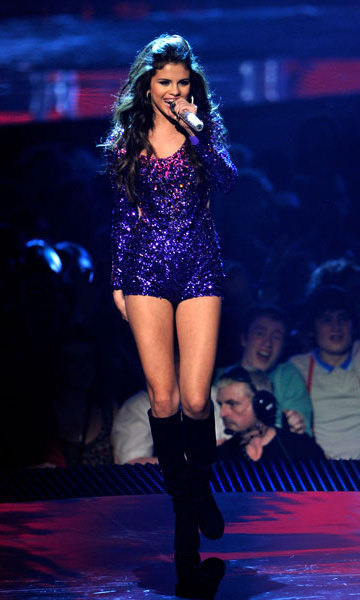 Selena Gomez will be a newcomer to the VS stage Photo: Getty Images

Along with these two beauties, it was also announced that The Weeknd, real name Abel Tesfaye, will make his debut at the show. The star is currently dating Bella Hadid, hinting that perhaps the young model will be taking to the runway this year along with her sister Gigi.

Victoria’s Secret announced the line-up on their official Instagram account. They posted a poster of the event, writing: “Drumroll please…@badgalriri, @selenagomez & @abelxo are this year’s #VSFashionShow musical guests!”