Where there's Gucci, there's Charlotte Casiraghi! Grace Kelly's 29-year-old granddaughter, who is the face of Gucci Beauty, was center stage at the brand's runway presentation at Milan Fashion Week on Wednesday afternoon.

She's definitely model gorgeous and no stranger to the designer, but of course low-key Charlotte was enjoying the show from the sidelines, rather than on the catwalk. For her front row appearance, the fashionista was dressed to perfection in a pink long sleeved printed Gucci dress. 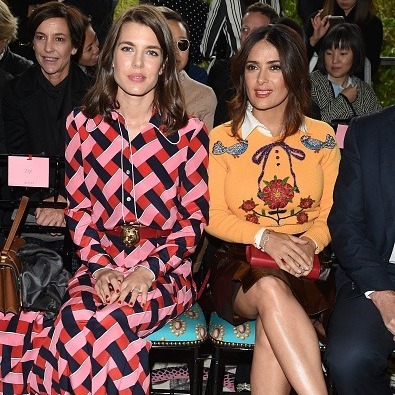 The eldest daughter of Monaco's Princess Caroline, Charlotte became the face of Gucci Beauty just last year, after a series of collaborations with then-creative director and close friend Frida Giannini. "Charlotte was a natural choice as she embodies the modern iconic Gucci woman," Frida said at the time. "Aside from her striking beauty, she is sophisticated, successful and iconic. A wonderful ambassador for Gucci." 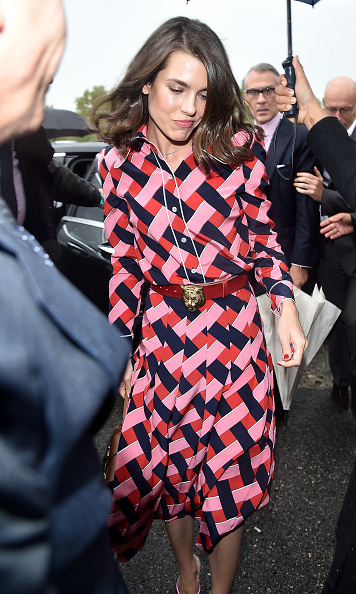 While Frida has since left the company, the new creative director, Alessandro Michele, presenting just his second collection for the fashion house yesterday, seems to have Charlotte's firm support, too. 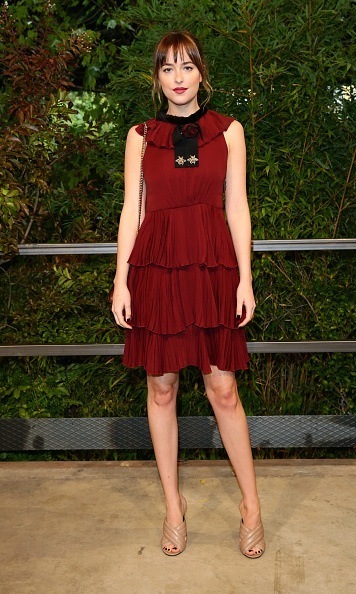 An avid equestrian who exclusively wears Gucci for her riding competitions, Charlotte was in good company during the fashion house's show. 50 Shades of Grey star Dakota Johnson and British It girl Alexa Chung also made an appearance, while actress Salma Hayek and her billionaire fashion boss husband Francois-Henri Pinault, head of French luxury goods company Kering, were seated next to the Monaco royal. 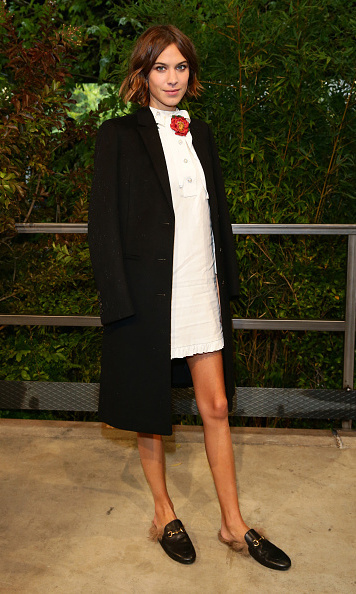 Salma, meanwhile, has had a busy fashion month. The 49-year-old actress jetted into Milan after spending last week taking in shows during a star-studded London Fashion Week, which wrapped up just as the Italian collections started making their debuts.