As Prince Harry enjoyed a big week, making his acting debut, donning a Top Gun flight suit and helping kick off the Rugby World Cup, his ex-girlfriend Cressida Bonas stepped out for a glam week of her own – London Fashion Week, that is. The 26-year-old dancer and actress, who helped Harry ring in his 31st birthday days earlier, mingled with the style set at a Fashion Week party hosted by Vogue UK editor Alexandra Shulman and U.S. Ambassador Matthew Barzun. 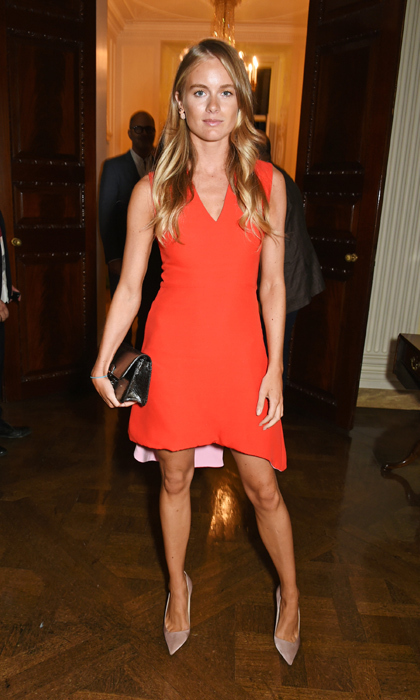 Pretty Cressida sizzled a the high-profile bash in a vibrant orange-hued silk mini-dress accessorized with a black clutch and a pair of nude heels. She joined the likes of Victoria Beckham – elegant in a black jumpsuit – designer Matthew Williamson and Cara Delevingne's model sister Poppy at the American ambassador’s residence, Winfield House in Regents Park, London.

Cressida had been the subject of reconciliation reports last week in the British press thanks to her attendance at Prince Harry's birthday party. Having taken part in an official engagement in Sussex, England on Wednesday as he turned the Prince flew back to London by helicopter to spend the evening with a gathering of close friends, including his former love, at the Cross Keys pub in Chelsea. 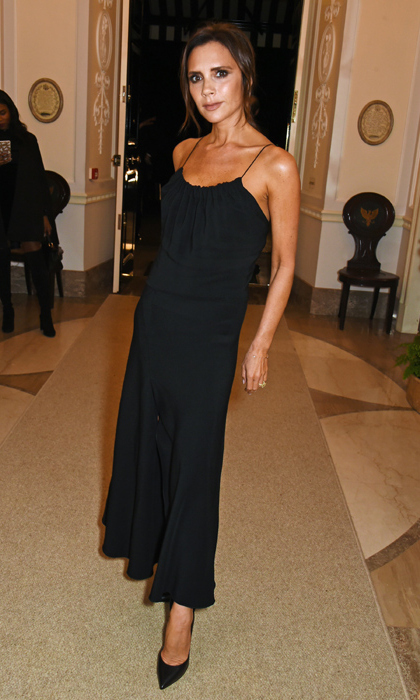 While Cressida hit the London Fashion Week party circuit in style, her ex-boyfriend was out with brother Prince William and sister-in-law Kate Middleton, attending the kick-off of the Rugby World Cup at Twickenham stadium along with thousands of cheering fans.

Cressida is now a free agent, having split with her actor boyfriend Edward Holcroft, and many royal fans are hoping that she will fall back into the arms of her former love Harry. The pair met through the Prince's cousin Princess Eugenie in 2012, and fifth-in-line to the throne dated Cressida for two years before they split last March.