Good looks must run in the family because not only did Yolanda Foster have 2 model daughters, but she could be one herself. Bella Hadid shared a photo from their mother-daughter day with her 1.1 million Instagram followers, showing the pair looking more like sisters.

Posing in matching red swimsuits, the 51-year-old and 18-year-old, looked every inch a supermodel combination as they sit back to back by the pool, soaking up the sunshine in Los Angeles.

"Mommy n meee day Home is when I'm with you my @yolandahfoster," Bella captioned the snap. With their hair slicked back and their incredible figures, the resemblance between the pair isn't hard to notice, with many fans taking to social media to compliment the duo for their high fashion beauty looks.

No doubt Bella was making the most of one of her rare days off – the young star's schedule has been increasingly hectic as her modeling career is taking off. Joining her supermodel sister Gigi, Bella recently landed her first major high fashion campaign for Balmain's sister-themed Autumn/Winter 2015 collection, photographed by Mario Sorrenti. 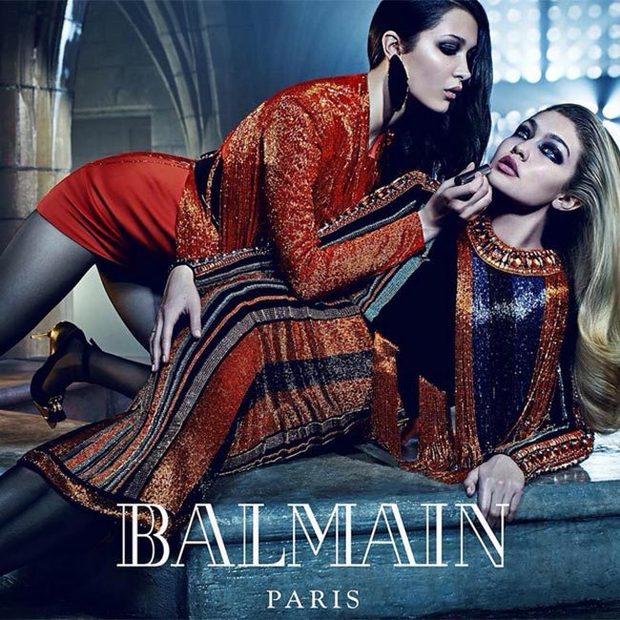 Bella wowed in the images, showing off her enviably toned figure in a show-stopping red embellished minidress designed by Balmain creative director Olivier Rousteing. The American beauty and her stylish sibling joined a line-up including Kendall and Kylie Jenner as well as Joan Smalls and her sister Erika, firmly establishing herself as part of Olivier's renowned 'Balmain Army'.

Meanwhile, older sister Gigi had been making waves of her own in the industry, modeling for major brands including Chanel, Marc Jacobs and Tommy Hilfiger. The blonde beauty was recently revealed to be the new face of Topshop, following in the footsteps of models including Cara Delevingne and Jourdan Dunn.

"A rising star, in all four corners of the world, Gigi's effortless, Californian style, together with her strong social media presence, makes her the perfect ambassador for the Topshop brand," read a statement from the high street giant.