While the world awaits new of the birth of Prince William and Kate Middleton's second child, many other members of the European monarchies stepped out dazzling the world in their elegant fashions. 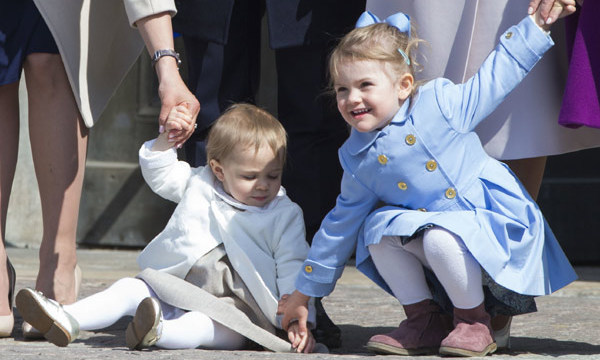 Like the Duchess of Cambridge, Princess Madeleine of Sweden has impeccable maternity style. She looked radiant in a cream button-up coat as she joined her family to celebrate King Carl XVI Gustaf's birthday celebrations at the Royal Palace in Stockholm. And little daughter Princess Leonore showed off her burgeoning fashion sense wearing an adorable blue outfit. 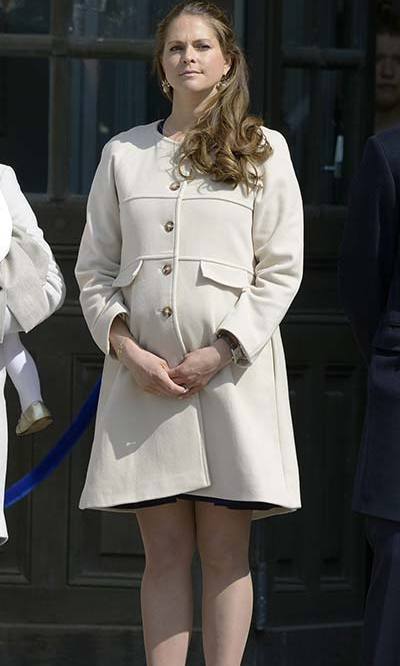 Meanwhile, proving she's not only fashionable, but can also hang with major fashion icons, Princess Marie-Chantal of Greece mingled with the industry's elite at a book launch party hosted by Ralph Lauren. The royal donned a sleek top and cropped pants, pairing the outfit with tan strappy heeled sandals and a golden clutch. 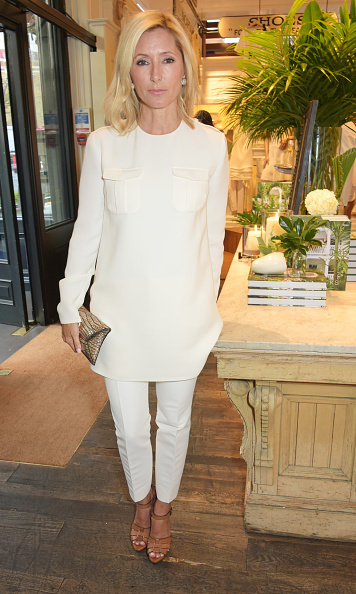 Elsewhere in the world, Princess Stephanie of Luxembourg paid a visit to the Economic Mission of Morocco in a pale pink chiffon floor-length skirt with a cream blazer and top. Her accessories included a chic quilted bag and white ballet pumps. 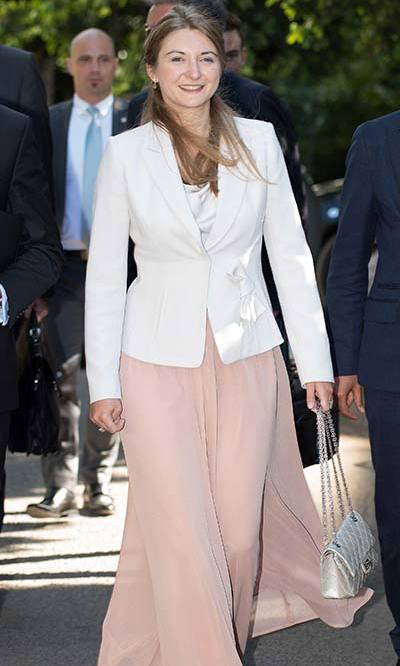 Also looking pretty in pink was Princess Marie of Denmark, who wore a colorful pink top, black cropped pants and matching stilettos while at the Sikon National Association for Autism Conference in Odense, Denmark. The girly hue was also the choice for mother-of-two Queen Maxima of the Netherlands, who dazzled fans with a sleek fuchsia dress and a matching hat. The royal often favors colorful ensembles and this week was no exception as she later stepped out looking like a ray of sunshine in a yellow outfit.

Click on the image below to see this week's best-dressed royals: 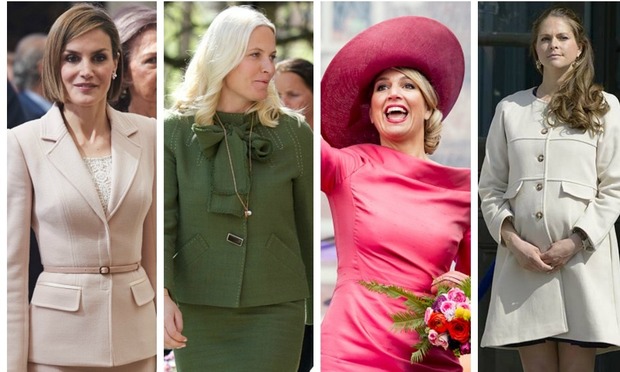