Less than two months after Benedict Cumberbatch and Sophie Hunter married in secret, fans have been given a glimpse of the Stark Trek star's show-stopping wedding dress. A photo posted on Instagram by Valentino showed the gown in all its glory.

As shown in the snap, pregnant Sophie seems to have gone down the less traditional route and opted for a silver grey wedding gown.The dress featured an elegant high neckline and a sweeping train, while Sophie's bump is barely visible. 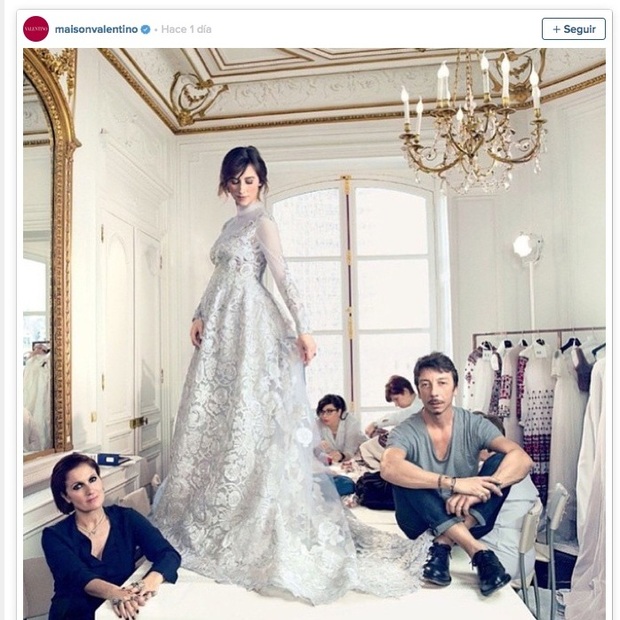 The University of Oxford graduate has followed in the footsteps of other brides who have wed in Valentino, including Anne Hathaway, Tatiana Santo Domingo, Princess Madeleine of Sweden and Queen Maxima of the Netherlands.

Some questions were raised about the exact date of Benedict, 38, and Sophie's wedding, as the couple married on Valentine's Day in the Isle of Wight, contrary to Valentino's caption. 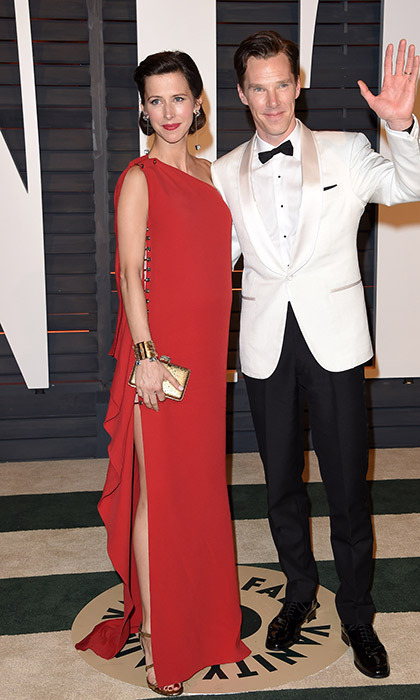 Sophie Hunter and Benedict Cumberbatch in a private ceremony on the Isle of Wight Photo: Getty Images

The Sherlock star and his leading lady said "I do" at the medieval church of St Peter & St Paul in Mottistone. Following the ceremony the parents-to-be headed to the stunning period property of Mottistone Manor for their reception.

According to People magazine the venue has particular significance for 37-year-old Sophie, who is said to be related to the Nicholson family who once owned the manor.

"Sophie is one of the Nicholsons, which is why they have chosen to have it here," a local source told the publication. "The Nicholson family used to own the manor until they sold it to the National Trust. It's a beautiful house."

Notably absent from proceedings were Benedict's long-time friend and co-star Keira Knightley and Dame Judi Dench, whom he has known since he was very young.