Keeping with the Valentine's Day spirit, the fashion community showed they were all about 50 shades of red. Rihanna, who is generally known for her risqué style, proved she could keep it tame by rocking a more classic look at the Zac Posen show Monday night during New York Fashion Week. 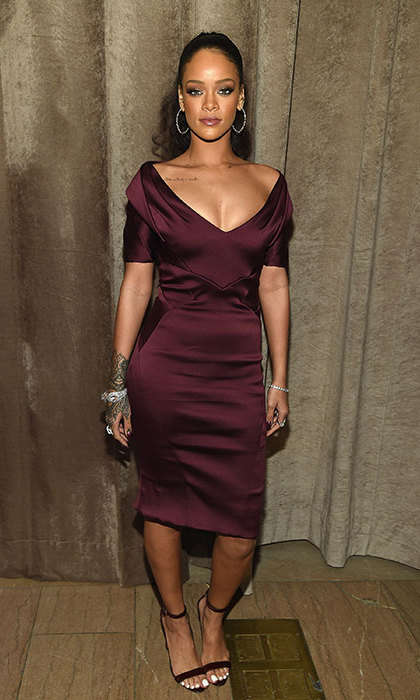 The Barbados-born singer, 26, wore a deep maroon gown that featured off-the-shoulder sleeves, custom made for her by Zac himself. She paired the elegant dress with matching sandals and added an element of old Hollywood glamour by accessorizing with a couple of diamond bracelets as she arrived for the A-list event at Grand Central Station.

Rihanna wasn't the only one channeling the 1920s theme of the night. Katie Holmes, 36, played the part by stunning in a fitted black dress, styling her hair in sleek updo with fingers waves and wearing bright red lipstick. The actress turned heads even before entering the show by donning a structured red coat reminiscent of the retro style. 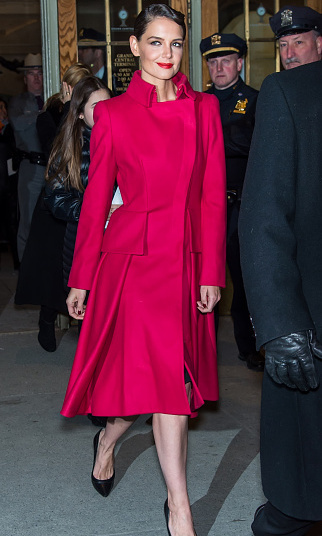 And supermodel Coco Rocha had her edgy take on the theme of the night by wearing a striking tailored maroon blazer and black pencil skirt with a thigh-high slit. But, it wasn't her slicked back hair or black ankle boots that caught everyone's attention; it was her growing baby bump that was her best accessory of the night. 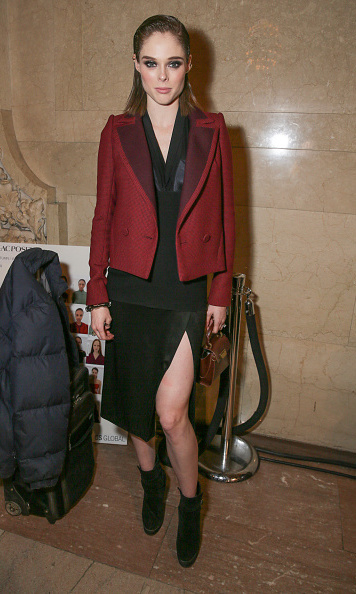 Alongside the three fashionistas in the front row were starlets Christina Hendricks, Mary J. Blige, Kesha and Giuliana Rancic, who all came to watch the famed designed debut his new line. And while Naomi Campbell was a personal guest and friend of Zac, she also put her modeling skills to work by strutting down the runway in a breathtaking shimmering maroon ball gown that closed out the show. 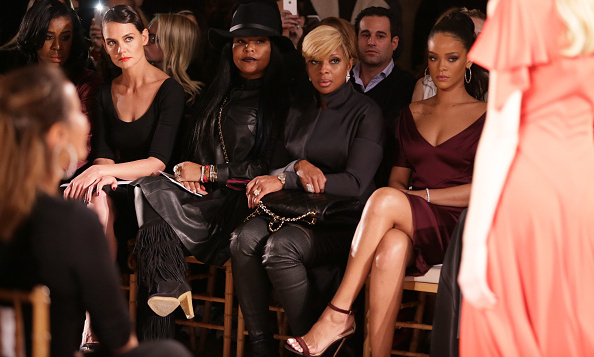 Proving the fashion duo support each other's endeavors, the designer attended Naomi's Fashion For Relief show on Valentine's Day in New York, as part of her charity's efforts to raise money to combat Ebola. 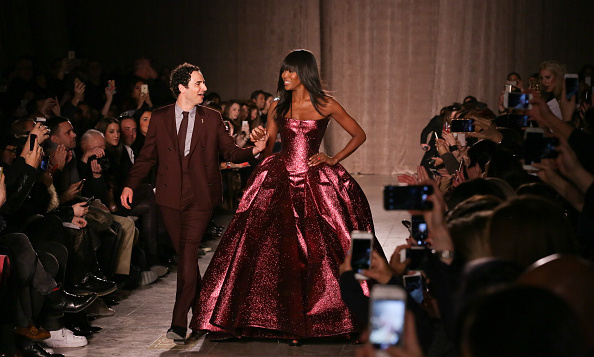 Naomi Campbell stuns on the catwalk in a maroon gown as she walks hand-in-hand with Zac Posen Photo: Getty

Naomi will also be kicking off London Fashion Week later this week with a Fashion For Relief catwalk show, as well as an auction to raise money to fight the deadly disease.