Another award show means only one thing — more great fashion from Hollywood’s stars. The Critics’ Choice Awards had some stars switching it up, going glam and making us envious all at the same time.

Jennifer Aniston left her usual black at home and stunned in a burnt Sienna-colored Gucci tux with matching Christian Louboutin shoes and you are reading this correctly — a gold body chain. The Cake star brought along fiancé Justin Theroux to the Los Angeles Hollywood Palladium for a fun night out. 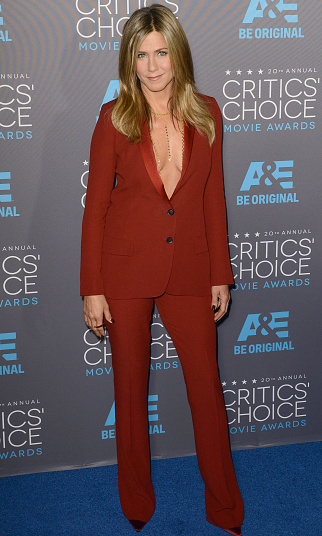 Meanwhile Angelina Jolie, who attended without husband Brad Pitt, opted for glam elegance in a shiny metallic Versace gown. The best moment of the night was when host Michael Strahan came out wearing her Maleficent costume. The mom of six shouted to him that she loved it and approved of him for a sequel. 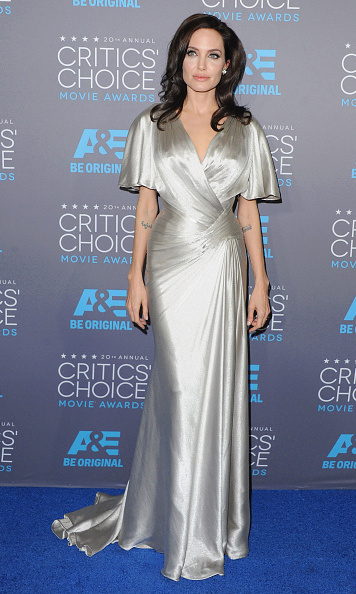 We bow down to Reese Witherspoon, who wore a magenta and black Lanvin dress and added flare in the back with — you guessed it — a nice big bow.

It wasn’t a Kanye West-Taylor Swift moment for Emily Blunt, who wore Emilio Pucci when she accepted her best actress in an action hero award, but husband John Krasinski did rush from backstage to give the Edge of Tomorrow star a congratulatory hug.

A pregnant Keira Knightley made up for her Golden Globes dress (we are sorry Chanel!) in a Delpozo dress embellished with sequined flowers.

Click through the gallery for more fashion winners at Thursday’s award show: 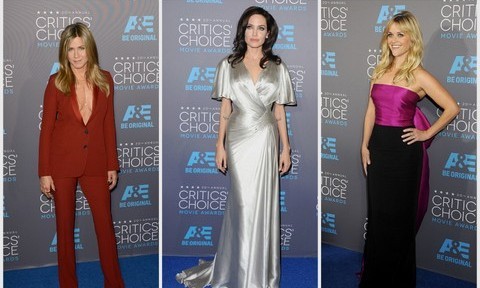