Amal Clooney and David Beckham are going head-to-head to be named Britain's most stylish individual. 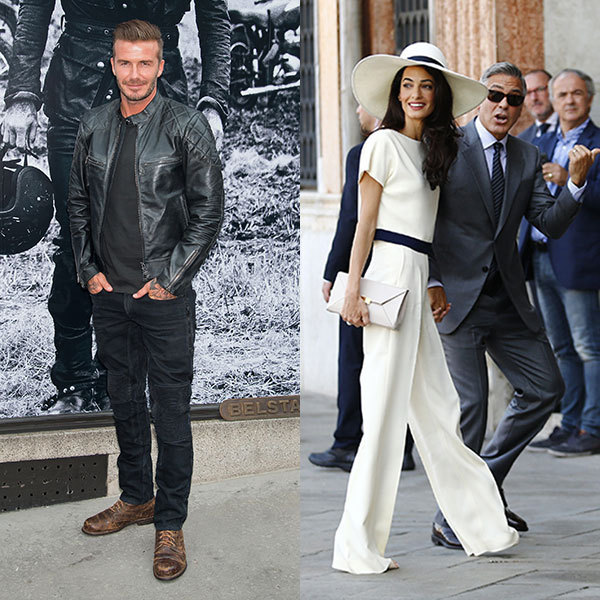 The soccer star, 39, and the recently married human rights lawyer, 36, are on the shortlist for the accolade and have been nominated by the British Fashion Council for their prestigious British Style Awards.

The pair aren’t the only stars in contention — they have to battle it out with the likes of actresses Emma Watson and Kiera Knightley, models Cara Delevingne and Kate Moss, and actors Benedict Cumberbatch and Idris Elba.

Amal has been the center of the style spotlight since she started dating George Clooney last October and is known for her chic and sophisticated wardrobe.

The highlight of her fashion was her wedding to George in Venice this September where she looked stunning in a custom-made French lace Oscar de la Renta gown embroidered with pearls, featuring off-the-shoulder sleeves.

Her number one competition is of course David, who has cemented himself as a style icon with his campaigns for H&M, his first capsule collection for menswear brand Belstaff, and his impeccable outfit choices time after time.

Two British stars who weren’t included on the shortlist of 19 were Naomi Campbell and David’s wife Victoria Beckham.

The full list of nominees for Britain's most stylish individual: