There’s no doubt tonight is a special evening for Yalitza Aparicio, who is nominated for an Oscar in the Best Actress category. The 25-year-old Roma star appeared in a stunning minty green look by Rodarte, and she brought with her a very special date, her mother. And on her first ever Oscars event, her momma has already encountered a special moment with one of the industry’s most recognized actors. It was with none other than Mexican actor, Diego Luna. 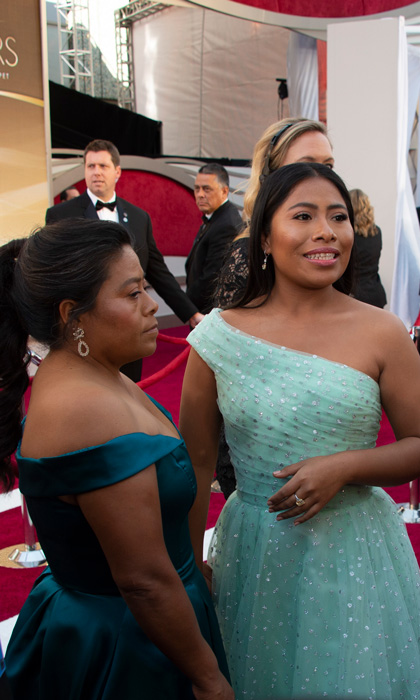 Yalitza brought her mom as her date to the Oscars

A sweet photo captured during the red carpet shows Yalitza’s mom and Diego the very moment they met. They shake hands as Yalitza flashes a big, bright smile. We can only imagine her momma’s excitement to meet one of Mexico’s most prominent actors.

Along with Alfonso Cuarón, Luna has also come to Yalitza’s defense in regards to the negative comments circulating the Internet. “I think Yalitza did an exceptional job, and that’s why she is being recognized, not just in the Oscars,” he said during a chat with Hoy. “At least to me, she played a character that touched me profoundly, and that has to be celebrated,” he said on Yalitza’s portrayal of a live-in housekeeper to a middle-class family in Mexico City during the seventies. 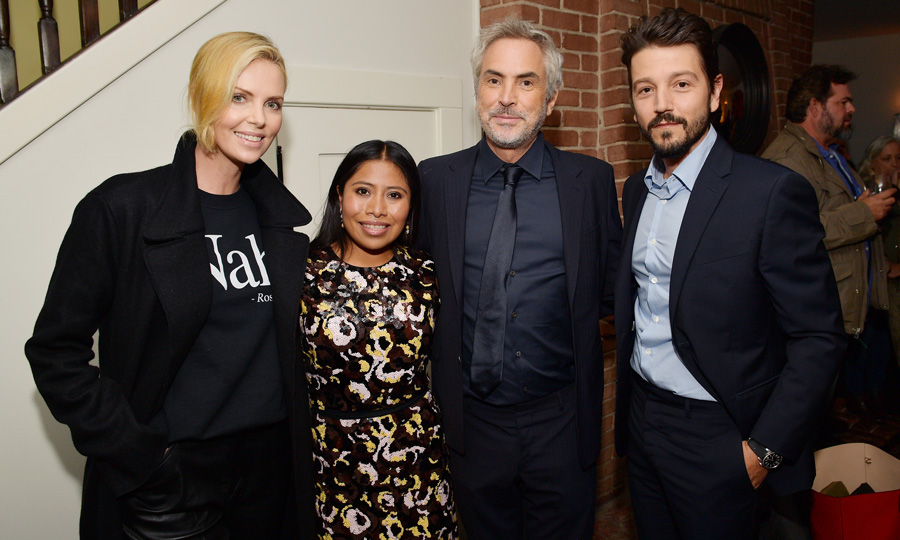 Prior to tonight, the Mexican beauty had shared she wanted her mom by her side. "I will go with my mom, I want her to be the person that accompanies me in this wonderful moment, I believe I’ve already won by being nominated," she said.