Alicia Vikander looked like a princess as she hit the Oscars 2016 red carpet - a Disney princess in fact. Fashion fans couldn't help but notice the beautiful actress looked a lot like Belle from Beauty and the Beast.

From the yellow gown to the Belle bun, the actress had clearly taken inspiration from the character when it came to putting together her Oscars look. 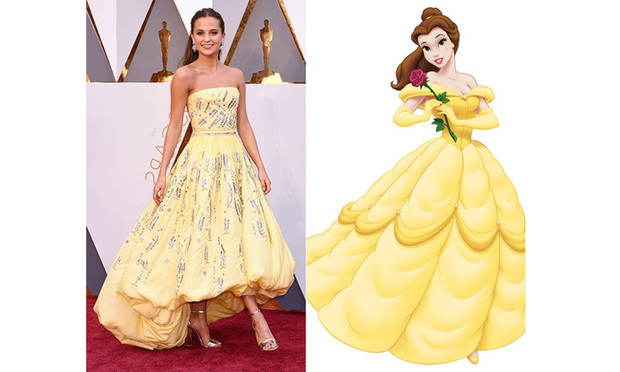 Alicia's gown, with a full, mullet-style hemline and delicate embellishment, was custom-made from Louis Vuitton.

Speaking to E! host Ryan Seacrest on the red carpet ahead of the event, Alicia said she loved the colour of her dress because it "spices it up a bit".

Alicia took home her first ever Oscar at the ceremony, being crowned the Best Supporting Actress. 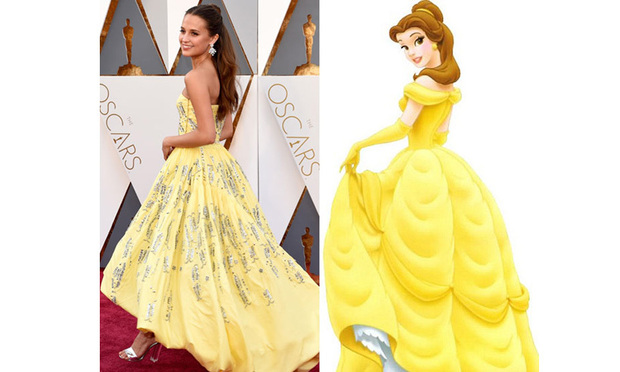 As soon as her name was announced, a shocked Alicia turned to her boyfriend Michael Fassbender who was seated next to her and gave him a discreet kiss. The Swedish beauty then hugged her mum before taking to the stage.

Alicia, who was being recognised for her role in The Danish Girl, looked visibly moved as she accepted her accolade.

The actress thanked her parents, saying she "wouldn't have believed them" if they had told her she would win. "To my mum and dad, thank you for giving me the belief anything can happen," she said.

Alicia also paid a special mention to her co-star Eddie Redmayne, as well as the film's director Tom Hooper, who she struggled to find in the audience.