Leonardo DiCaprio has a lot going on in his world, and starting a family isn't his number one priority. The 41-year-old star of The Revenant graces the cover of Rolling Stone magazine and talks about the possibility of starting a family and bringing little Leo's into the world.

Leonardo on having kids: "If it happens, it happens," Photo: Rolling Stone

"Do you mean do I want to bring children into a world like this," the environmentalist asked, after cooing over a little girl in the restaurant during the interview. "If it happens, it happens. I'd prefer not to get into the specifics about it, just because it becomes something that is misquoted, but yeah."

The super-private actor, who recently ended his relationship with supermodel Kelly Rohrbach, also talked about a time when it was fun going to the movies, and enjoying the mystery that came with the person on the big screen.

"I liked it when you went to the movie and you didn't know everything about the actor," he shared. 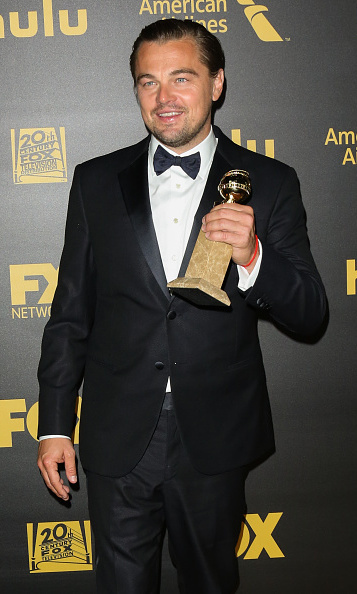 It has been quite the week for the Wolf of Wall Street star. On Sunday night, Leo took home the Golden Globe for Best Actor for his performance in The Revenant and was nominated, for the fourth time, in the Best Actor Oscars category on Thursday.

When asked if he thinks this will be the year he finally takes home the big award after a stellar performance while fighting a bear and braving the elements in his new film, the actor remained humble. "We wanted to make a great piece of art, so if the film gets great reviews, if it gets great business, if it gets awards, that's fantastic because I want to see more movies like this out there coming from Hollywood," Leo shared with E! News. "This is truly like a poetic existential epic and you don't get to see stuff like this happen very often. So, I could only wish it all the success in the world."