Although we have yet to see if Jennifer Lopez is dressing up for Halloween, the 50-year-old star has already taken it to the next level with an epic video featuring an abundance of people (including kids!) dressed like her in the infamous tropical-printed Versace dress she wore to the 2000s Grammy Awards. Included in the video were also couples who dressed as JLo and her fiancé Alex Rodriguez back when he wore his Yankee uniform. Some others simply wore a Yankees baseball cap and called it a day, but you get the idea. 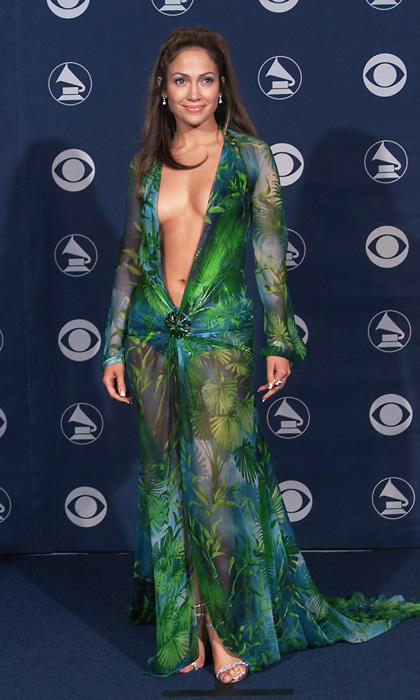 Amazed by the number of wanna-be JLo’s, the Hustlers star captioned the clip with, “This is amazing!!!! Happy Halloween! Sending you all lots of love on this Halloween!! Have fun and be safe!!” One of the JLo-nistas featured includes Real Housewives of Beverly Hills star, Lisa Rinna, who donned the sexy get-up to the Casamigos Halloween Party on Saturday, October 26. The reality TV star did an excellent job at getting the full look and even got the mom-of-two’s stamp of approval.

"I saw that on Instagram..actually Alex sent that to me. He's like, 'LOOK!'" said the Love Don’t Cost A Thing singer during a chat with Access Hollywood. "She looked awesome. It was really cute and it feels great," she added. While some of the costumes in the video seemed DIY or custom-made, many looked to be from fast-fashion retailer Fashion Nova, who debuted a look-alike of the Versace number at the budget-friendly price of $70.

MORE: You can now slip into JLo's iconic Versace dress

That’s right! The Tocando El Cielo Con Las Manos singer's two-piece costume set appeared on the retailer’s website at the beginning of October and sells for less than less of a fraction of the cost as the real deal retails for $9,325. There’s no doubt Jennifer is a true pop culture icon who continues breaking the Internet.