Rosario Dawson and Cory Booker are reaching new milestones. The actress joined her boyfriend and 2020 presidential candidate in Westerville, Ohio, for the fourth democratic primary debate. This is the first time Rosario attended a debate in support of Cory. 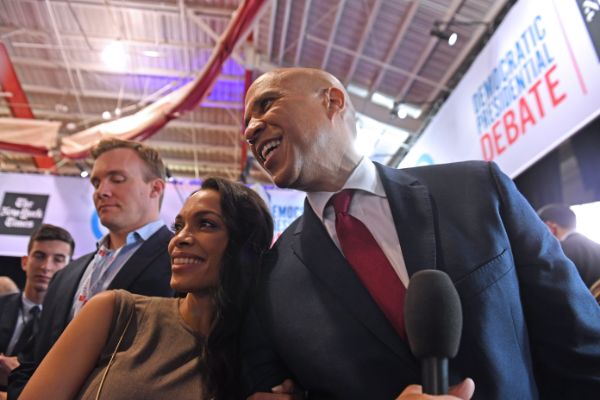 During the debate, the 40-year-old actress was seated in the second row as she watched her boyfriend discuss the issues with 11 of his opponents on the stage. After the sedate was over, the couple entered the spin room for some interviews. Cory revealed Rosario had given him some constructive criticism when he got off stage.

"She's the best. Because she lifts me up and she also gives me some incredibly good constructive criticism at the end," he told CNN's John Berman on New Day."Look, she wants more of me. She says I'm at my best when I show my humor. Let people feel my spirit. Because the issues are really important but at the end of the day, this country needs someone who brings a spirit of civility and spirit of, frankly, unity.” He continued: "She just said have more fun, relax even more and let people see that spirit.” 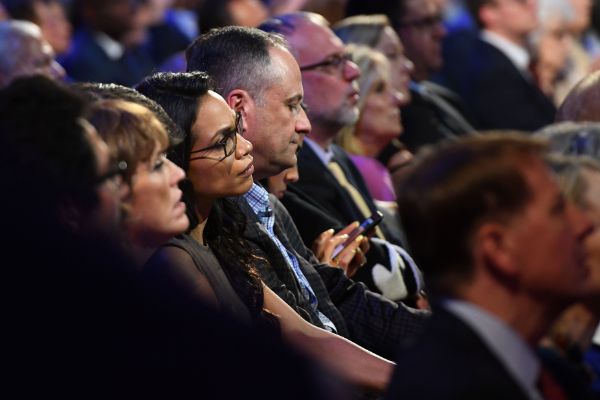 The actress gave him constructive criticism following the debate

Last week, the couple also stepped into the limelight and made two rare red carpet appearances for her projects. The were photographed at the Hollywood premiere of her latest flick Zombieland: Double Tap and at the premiere of the documentary The Need to Grow, which is narrated by the actress and discusses the importance of farmable soil.