“Yes, we made amends,” said Orlando Bloom’s fiance during a revealing interview with Ellen DeGeneres. The I Kissed a Girl singer finally opened up about her famous confrontation with Taylor Swift and how they made peace. It all started with an olive branch, followed by cookies and last but certainly not least, a guest starring role in Taylor’s music video You Need to Calm Down. But let's better not rush into the explanation; let's go step by step.

“It was actually just a misunderstanding,” said Katy about the origin of the problems. “But you know, we have such big groups of people that like to follow us, and so they started to kind of turning against each other too, but we made amends, and I am all about redemption and forgiveness and for setting an example for these younger people that it can be cool to ask for forgiveness.” 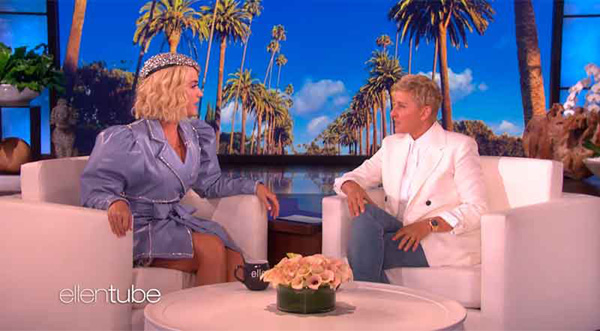 Katy confirmed she sent a little olive branch to Taylor when the blond singer kicked off her Reputation Tour. “We started seeing each other out and about, and I just walked up to her and say ‘hey, how are you?,’” she continued explaining the reconciliation process. “We do have so much in common! There's probably only ten people in the world that have the same things in common as we do, so we should really be friends over that.”

RELATED: Taylor Swift says she and Katy Perry were destined to feud

Perhaps the love for cookies is one of the things they both have in common, as the next step on the walk to peace arrived in the shape of a bunch of these treats. Katy published a picture of a plate full of cookies with the words “Peace at last” written in red icing and the message “Sounds good” addressed to Taylor Swift, who replied with a lot of emoji-hearts. 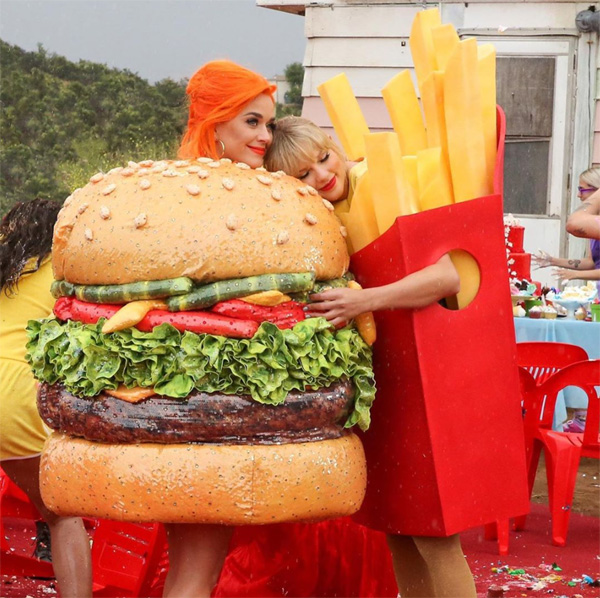 Katy appears in Taylor's music video You Need to Calm Down

The final proof of the renewed friendship came when Katy Perry accepted to guest star in Taylor’s new video You Need to Calm Down, where both stars show their funnier side dressed in fast-food costumes.