Soccer star Luis Enrique Martínez´s youngest daughter Xana died last week after a battle with bone cancer.  The former Barcelona player, who left his role as the Spanish National Team coach back in June, confirmed the tragedy via his social media. “ We will miss you so much,” he said in the emotional message, “but we will remember you every day of our lives.”

He continued by thanking fans and hospital staff for their support. “Xana, our 9-year-old daughter, passed away this evening after five intense months fighting against osteosarcoma (bone cancer). We would like to say thanks for all the affection received during these months and we really appreciate the discretion and understanding shown. We would also like to thank the Sant Joan de Deu and Sant Pau Hospital staff and all their volunteers. Special mention to Sant Joan de Deu´s palliative care team,” wrote the former coach. “You will be our family´s guiding star. Rest in peace, Xanita.”

Luis Enrique stepped down as the Spanish Soccer Team Coach in June after three complicated months where he was absent from some of his professional commitments. “Due to the fact that the reasons preventing me to carry out my role with normality from last March still prevail today, I have decided to resign,” he said in his statement. 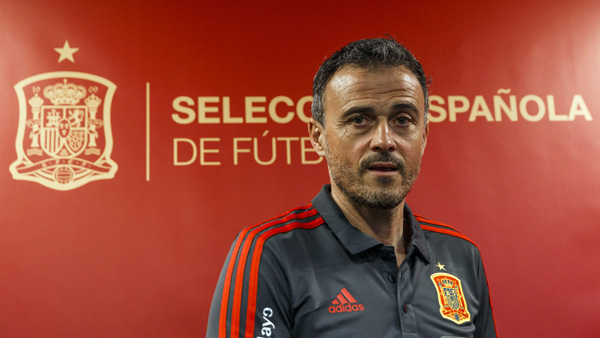 Luis Enrique, who has always been a very private person, confirmed the sad news with a statement on social media

The discreet former soccer star is well known as a family man. He has been married for more than 20 years to economist Elena Cubell, and together, they also have two more children, 19-year-old Pacho and 18-year-old Sira. The family lives in Barcelona, where Luis Enrique developed most of his professional career, first as a player, and then as Barcelona FC´s coach.

Luis Enrique’s family has gone through the hardest times one can imagine. Sadly, Osteosarcoma, a malignant bone tumor, is one of the most common bone cancers, representing up to 35 per cent of cases.