La Chica Dorada Paulina Rubio has always been a private person on social media, which is why her fans were pleasantly surprised when the Ni Una Sola Palabra singer shared a sweet image with sons Andrea Nicolas, eight – her son with ex-husband Nicolás Vallejo-Nágera – and three-year-old Eros, whose dad is Gerardo Bazúa. Paulina, along with her actress mom Susana Dosamantes are pictured looking relaxed and happy with the singer laughing as her kids look curiously at the camera. 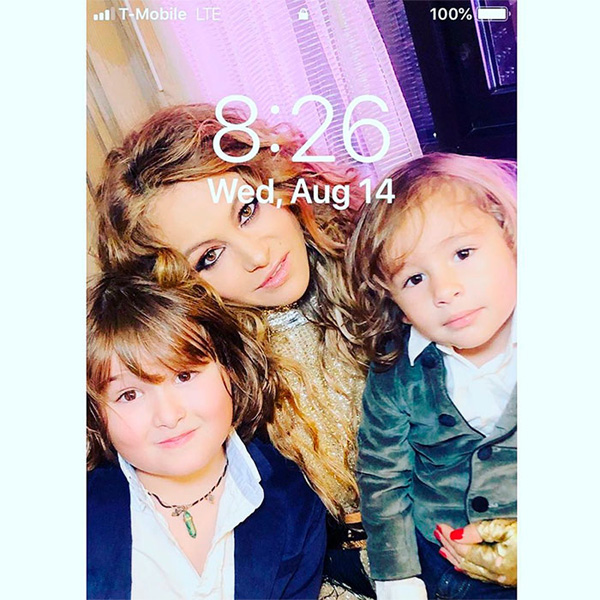 We can also appreciate how much Paulina's sons have grown, especially little Eros. "He's quite a character!" the Mexican beauty has said about her younger son. "He is the leader of the pack, my sons are like day and night!"

However, Paulina's latest family photo apparently didn't sit well with Eros' dad, her ex Gerardo Bazúa, who then shared a video on his own social media account in which he records himself visiting the singer's home to see his son and appears to be "denied access." "It is so sad to be forced to share this video so that you see that, as on many occasions, I went to pick up my son Eros, and he is in, but 'la señora' has given orders to deny me access," he wrote alongside the clip. 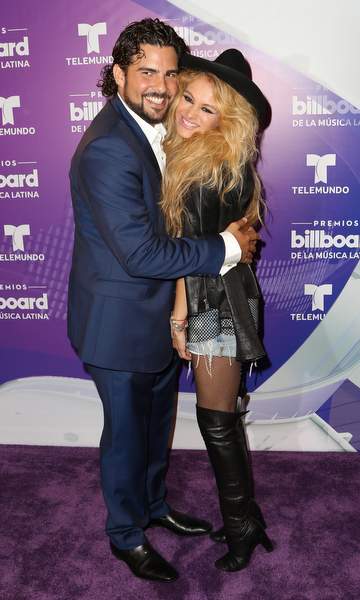 Paulina and Gerardo Bazúa on the red carpet in 2016

RELATED: Paulina Rubio, a loving mom – without help from a nanny!

Paulina is spending some quality time with her family ahead of the start of her US tour in San Jose on September 12. The singer will visit ten cities with her Deseo Tour, finishing in Washington, DC on September, 29. Still, she is completely focused on her family. "We have quite a hectic life," she said during an interview for El Gordo y la Flaca TV last year. "We wake up very early. I'm with them all the time, we have breakfast, I take my eldest son to school, then I go to yoga or I work out. I go to look at the ocean, enjoy some 'me-time' or I spend some time with my baby – he's a naughty boy!"

Gerardo and Paulina ended their relationship in July 2018 and have been tangled in a custody dispute over their son. Gerardo, meanwhile, tied the knot with girlfriend Laura Cristina Camarena last year on a yacht in Miami.