Has Netflix found its Selena? Actress Christian Serratos, whose credits include The Walking Dead and the Twilight franchise is apparently the front runner to play Selena Quintanilla in the upcoming Netflix production Selena: The Series. According to Vulture, the 28-year-old is in negotiations to play the queen of Tejano music, although apparently, she has some scheduling issues as she's still filming The Walking Dead´s 10th season. The Netflix series will follow the choices and sacrifices the iconic music star had to make in order to reach stardom before her tragic murder at the hands of her fan club president in 1995. 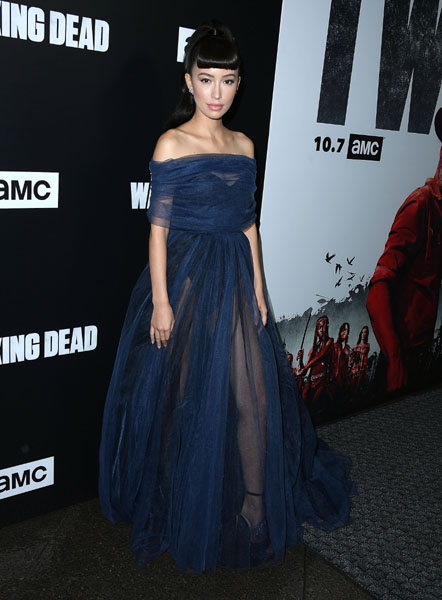 The news, which comes right after the casting of Maya Zapata in El Secreto de Selena, based on the book written by journalist Maria Celeste Arrarás, means we can expect dueling Selena Quintanilla biopic productions. However, Selena: The Series has the full support of the singer's family. The Netflix series will give the official family-authorized version of the icon's story. In fact, Selena´s father Abraham, sister Suzette and family attorney Simran A. Singh are the executive producers of the series that, according to media reports, will start shooting next month in Mexico.

"Selena will always have a lasting place in music history and we feel great responsibility to do justice to her memory. With this series, viewers will finally get the full history of Selena, our family, and the impact she has had on all of our lives. We are excited to partner with [television and digital content production company] Campanario and Netflix to give fans a never-before-seen glimpse at our story and highlight why Selena will remain a legend for generations to come, " said Suzette Quintanilla in a statement when the series was announced.

RELATED: 'El Secreto de Selena' star Maya Zapata: I spoke to her in my dreams

Christian has demonstrated she´s a talented and versatile actress, but as any fictional Serena, she will have to face comparisons with Jennifer Lopez, who played the Bidi Bidi Bom Bom singer in the legendary 1997 movie. We´ll have to wait and see!